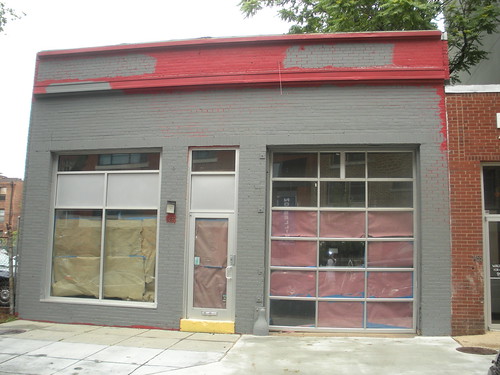 What can I say? It’s Church Street Monday here at PoP. The space at 1457 Church Street, NW which used to house Dragonfly is becoming a hair salon. I peeked in the window and it looked like some major work had been completed. I stopped in next door to NIMBUS hair salon to see if they knew what was going in. NIMBUS’ owner, Yusuf Baptiste, told me that Immortal Beloved Hair Salon will be taking over the space. Interestingly, I asked him if he was concerned that another hair salon was coming in right next door to him. On the contrary, he said, the idea of more folks on the street will bring more commerce to the whole block. (And of course we learned that CrossFit is going in a couple a storefronts down.) Mr. Baptiste’s NIMBUS salon has been on Church Street for four and a half years.