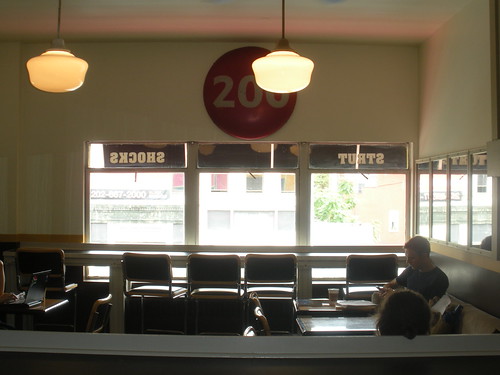 Ever since we learned of Mid City Caffe’s imminent opening (above Miss Pixie’s at 1626 14th Street, NW) folks have been super excited. The opening date has been pushed back a few times but for this weekend’s Mid City Dog Days Sale, the spot had an unpublicized soft opening. There are still some finishing touches that will be implemented so they didn’t want me to take photos just yet. However, given the fact that I receive weekly emails about this spot, I begged them to let me take one photo (see above). I have to say it really is a sweet space. Its got an old school, sorta 1950s, feel to it. There is a counter to order and two open spaces to sit, with Wifi of course. It seats around 40 though eventually they hope to have some outdoor tables on the front sidewalk. I spoke to a friend who happened to be passing by and she was super excited about the opening, hoping that this space will fill the loss of Sparky’s and 14U coffee shops. I think most folks are going to be pretty happy. It has a very unique comfortable vibe going on. I’ll be sure to announce the opening date when it firms up and becomes official. 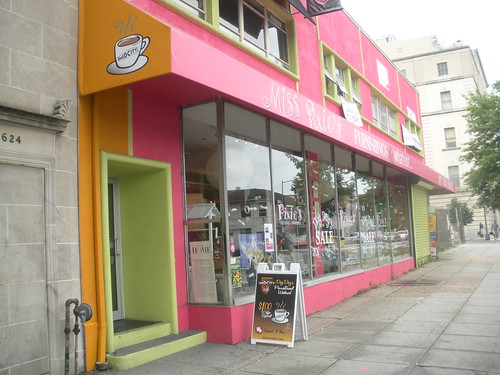