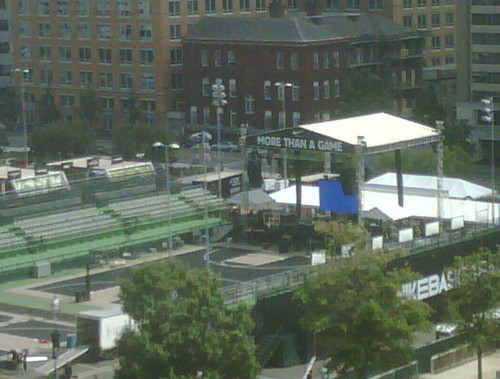 It looks like they’re recycling the space and bleachers from the Washington Kastles for some kind of Nike sponsored event, at 11th and H streets. They’ve built a basketball court and have set up a concert-style stage at one end, where they’re testing a sound system. One of the banners on the bleachers says nikebasketball.com but the website doesn’t say much about who if anyone will be playing (basketball or music) – just calls it a “community day” and says it’s tomorrow, Friday the 14th.”

Sounds cool, anyone else know more about this event?