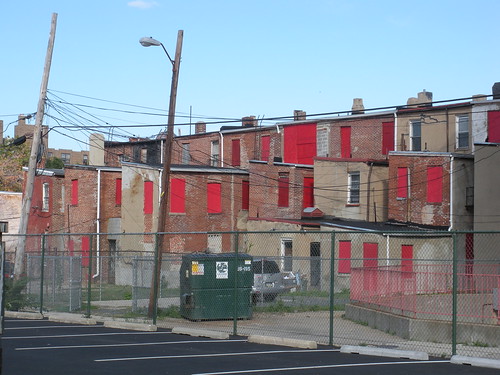 “The church membership voted last Wednesday to move forward with plans to sell its properties at 1600 8th Street NW and 1543 8th Street NW, with the hope that the sales will generate enough capital to begin long-discussed plans to renovate a string of units in the 1500 block of 9th Street NW. Plans for the Shiloh-owned 9th Street properties include a senior citizen center and/or housing, and a youth learning center.”

“Last week’s decision by members of Shiloh Baptist Church, at Ninth and P streets NW, could remove a stumbling block to the rebirth of the blighted neighborhood around the Washington Convention Center. Neighbors have complained for years that seven crumbling buildings that the church owns along Eighth and Ninth streets were attracting drug users and adding to a sense of decay in the area.”

These properties have long been a blight on the Shaw neighborhood. While I admire the church’s desire to build affordable housing, the fact that they weren’t actually doing it, means that this was the right move for them and for the revival of that block. What do you think – does this signify that the last stumbling block to the revival of this section of Shaw has been removed?