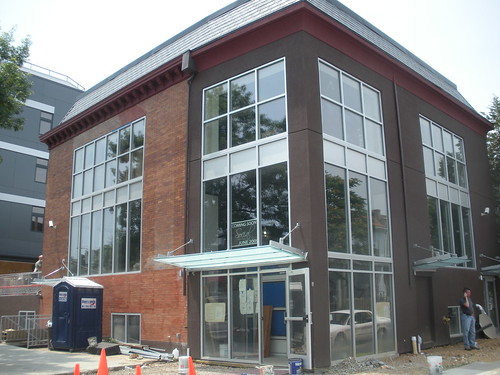 Any word on what the new building is on 14th st NW (around Newton and Meridian)? Its still under construction, but a sign on the window says “the Social”, leading me to believe it’s a new bar or restaurant coming. I’ve googled, but haven’t come up with anything.”

I stopped in this weekend to get an update so I’m happy to say it’s still going to be the same spot. I spoke with one of the owners, AJ who showed me around the space. It’s starting to come together nicely. They are still waiting on some permits but they’ve got all the kitchen equipment and should open 10 days after all the permitting goes through. AJ says they should open in August at the latest. But as a commenter mentioned somewhere else, you never know how long those things take. Hey, at least the fence has been taken down. I’ve been monitoring this space closely and will update as soon as there is more progress.