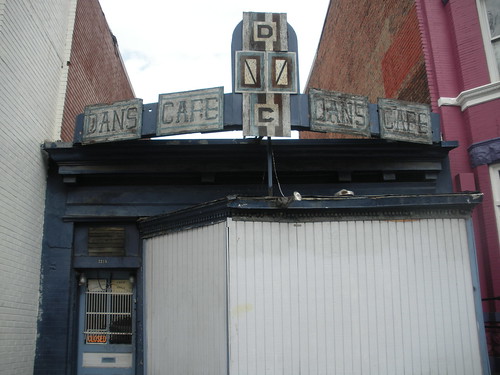 This is a two part question. I’ve been curious for a while with so many new bars and old bars on 18th Street, what’s your favorite? Recently mine has become Bourbon. But here’s the second part of the question sparked by a conversation I had with a friend.

For those that are Dan’s Cafe fans – when are you too old to go? Back in the day I used to go to Dan’s fairly frequently but that’s just because my name is Dan and I’m very loyal. But, I’m 34 now and it’s just not as fun for me anymore. Would you say that the average age of 18th St. bar patrons is much younger than elsewhere in the city? Ed. Note: My stereo is now playing “my my my slow descent into alcoholism it went” by the New Pornographers. Seriously. Great now I’ve probably upset my mom.

So what’s your favorite bar on 18th Street? And when are you too old to go there?