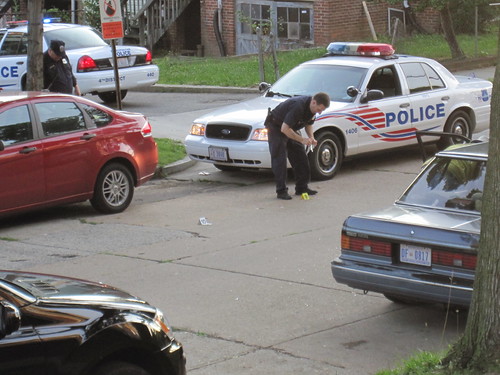 “There was a shooting on my block last night around 4am. A guy was shot in the leg and several cars got bullet holes or busted windows. There were eight shots, fairly random. No idea what caused it or what happened. After hearing the noise, I went to the window and saw nothing–no fleeing people or cars. The guy who was shot was half way down an alley when the cops found him.

No shots went into houses. Neighbors who have lived here fifteen years are saying that nothing like this has happened on our street in their time here.” 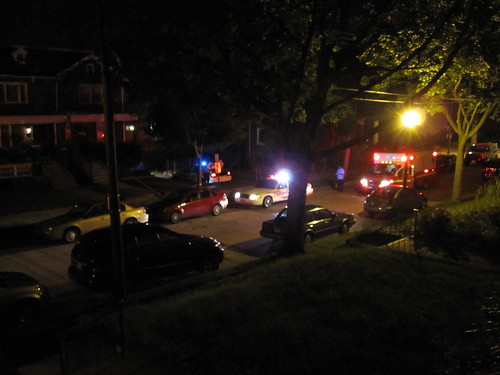 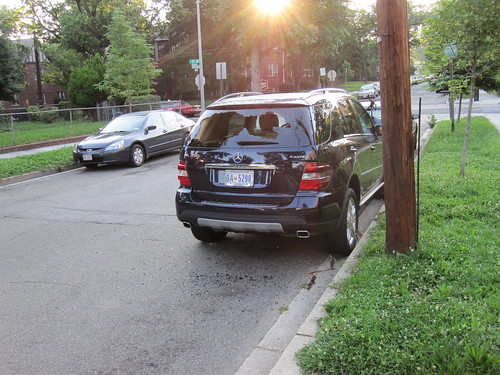