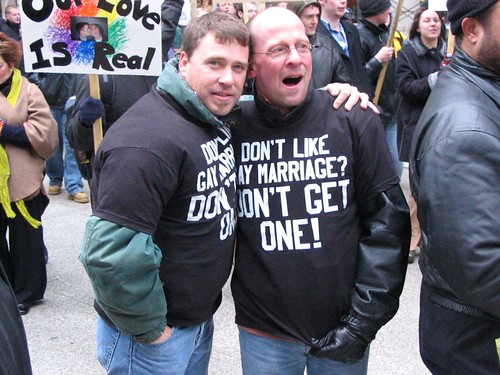 Don’t Like Gay Marriage? Don’t Get One!, originally uploaded by Tobias Higbie.

I want to know what your readers feel on the gay marriage issues popping up in dc…could we do a poll on what level of recognition to give to gay couples? And also how does the community feel about the pro and anti sides of the argument (it seems like a lot of anti movement is coming from md and va)…”

For the record I think gay marriage should be legal in DC and the entire country for that matter. I am going to Toronto in September for a friend of mine who is getting married there because she couldn’t in DC. And I hate Toronto… Ed. Note: I don’t really hate Toronto.

photo by angela n. “Dear PoPville, I’m attending a bachelorette party in DC (convenient) and am looking to pass along some bar recommendations to the people planning it. In this…