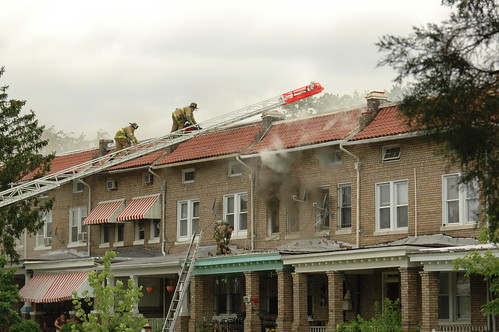 “The fire seems to have started around 6:00 PM. Everyone in the house was evacuated and the fire dept. responded very quickly to contain the blaze. I don’t believe there were any injuries and the fire didn’t spread, thanks to the fast response. I don’t think the neighboring houses were damaged too badly other than smoke damage and likely some water damage from the fire dept. hoses, although the fire dept. had to break down some doors to gain access. Thanks to the fire and police depts. — they were out in force and did a fine job.”

Wow, the bars on the windows is frightening. Thankfully nobody was hurt. 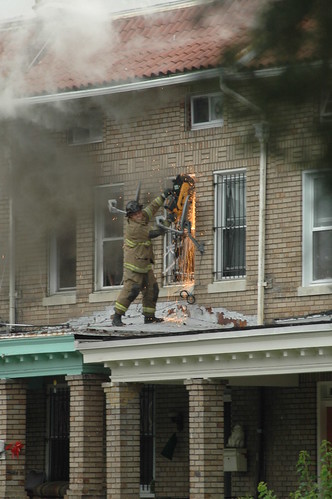 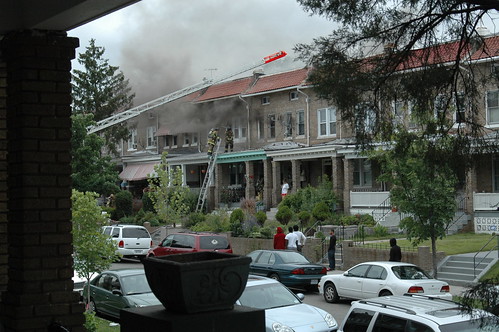 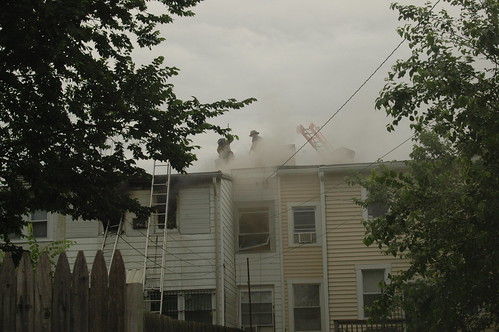 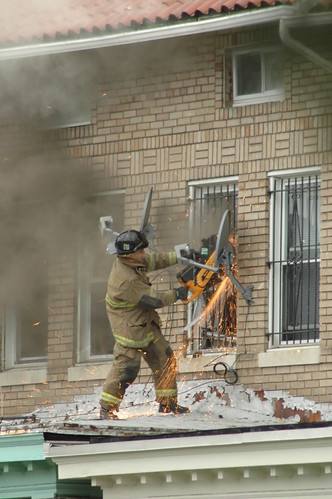