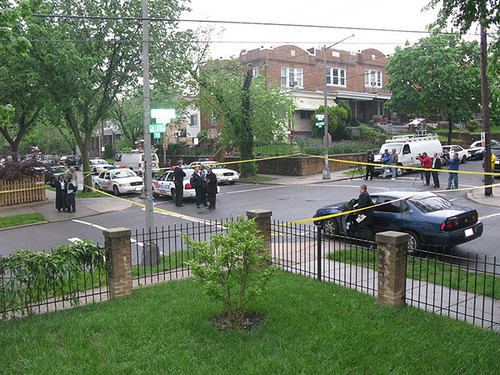 7774208, originally uploaded by Prince of Petworth.

“Multiple shots fired on 7th St NW b/t Gallatin and Hamilton. No fatalities, but at least one individual was struck.

The scene as viewed upstairs in my house, complete with many evidence markers, mostly identifying bullets. I heard at least 10 shots.” 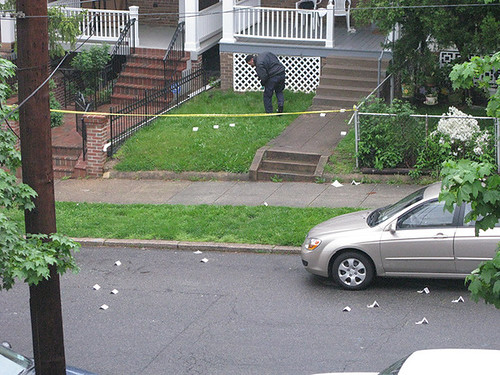 And in Columbia Heights, a reader writes:

“I just moved in to a condo on the 1100 block of Columbia Rd and last night around 6:15 I saw a guy running down our street east (away from the 13-1400 block) being chased by a bicycle cop. The cop tackled him right across the street from my house and then literally 20-30 cops screeched into the street, sirens blaring and guns drawn. It was a pretty spectacular show of force by DCPD. They proceeded to close down the street and search our block for what I’m assuming is a gun as one of the officers told me the suspect had been seen with a gun. Do you have any more details on what happened? Quite the welcome to the neighborhood!”

Yikes, I hadn’t heard about this one. Anyone have anymore details?

The scene from Columbia Road yesterday: 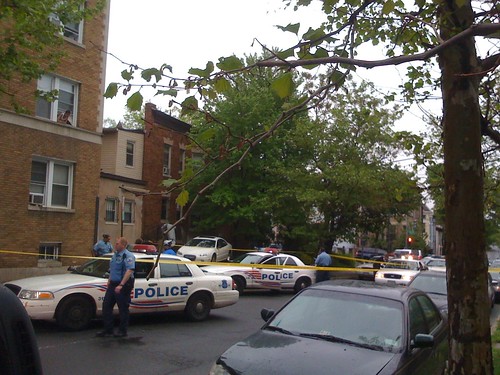