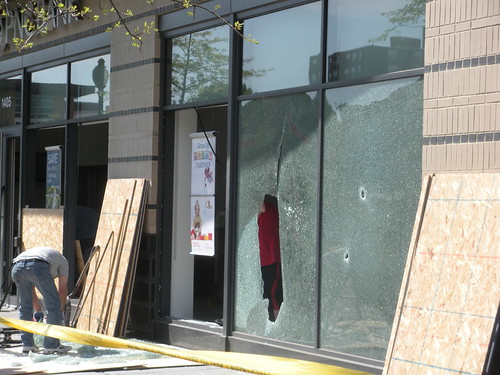 A buddy of mine called me when I happened to be in Logan Circle to ask if I knew what happened at the PNC bank located on the corner of 14th and P. I ran over to take a look and it was quite a scene. Multiple windows were smashed. 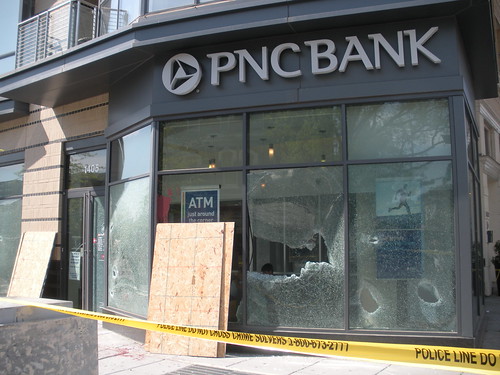 Actually the PNC bank alone had enough glass smashed to fill the back of a pick up truck: 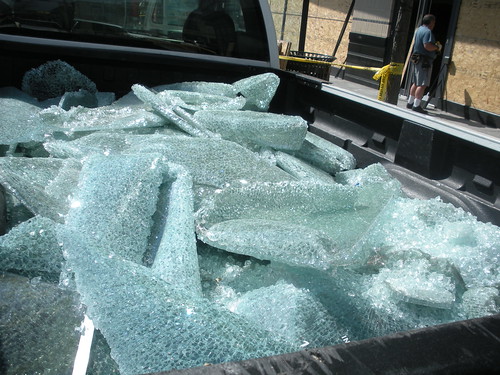 Further west on P Street I found out the Wachovia was hit as well: 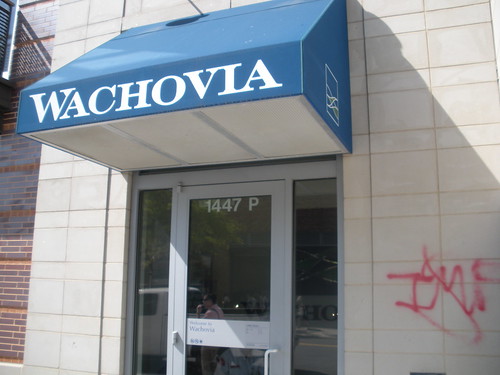 Notice the red spray paint above? Well, a worker there told me that the damage took place at 5:30 am and the police caught the vandals. How did they catch them? Well there were cameras. But in addition to that the protesters had fresh red spray paint on their shoes. Beautiful! 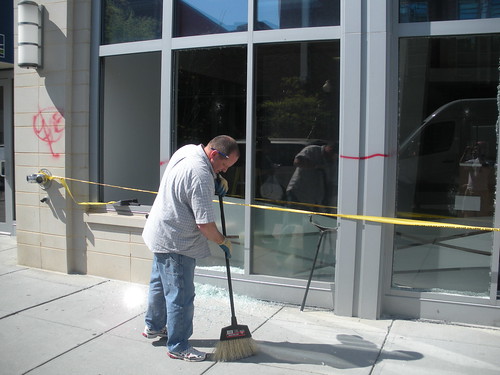