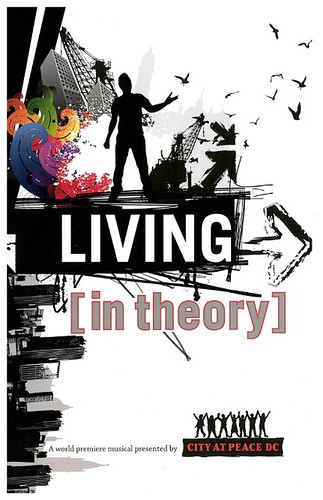 Washington, DC 20002
Tickets: visit http://www.atlasarts.org/ or call (202) 399-7997
Last week, the PoP community discussed and debated at great length the recent increase in youth violence seen and reported on the streets of Columbia Heights, Petworth, and the surrounding DC neighborhoods. Many potential solutions were offered. But with the DC government’s systemic failures to overcome — not to mention the vast socioeconomic gap between DC’s haves and have-nots — the problem of escalating youth violence can feel hopeless at times. And with the news of an unending parade of violent youth offenders overrunning our outmoded juvenile justice system, it’s easy to forget that most teenagers in DC — whether rich or poor, black or white — are inherently decent, non-violent kids worthy of our support.

An inspiring group of these forgotten teenagers participate in DC’s City at Peace, “a nationally recognized nonprofit organization that empowers teenagers to create safe, peaceful, and productive lives and communities.” Each year, City at Peace organizes DC teenagers as they write and star in their own musical play, based on the tenets of non-violent conflict resolution.

City at Peace’s last two spring performances did much to restore my personal faith in our next generation. Teenagers who, at first glance, appeared as menacing as those I’d cross the street to avoid late at night, sang and danced and acted their way into the audience’s hearts. I don’t know the particulars of this year’s play, LIVING [in theory] (taking the stage at the Atlas Performing Arts Center on April 17, 18, and 19), but I can assure you there’ll be plenty of artistic talent on display. More important, I promise you’ll witness dozens of DC teenagers — most of whom are as economically and socially disadvantaged as their violent counterparts — performing on stage out of a genuine sense of hope and pride and confidence in their generation.
I’m all in favor of organizing communities for safer neighborhoods, and petitioning the DC government to reform the juvenile justice system, before any more youth offenders are hardened into lifelong, violent criminals. I also believe that, as cliché as it sounds, everyone has the potential to make a difference in a young person’s life, no matter how powerless he or she may feel. But it’s ultimately programs like City at Peace that can, with our support, equip a whole legion of peace-loving young men and women with tools for curbing the increasing violence and nihilism of their generation. So check out the show this weekend — you won’t be disappointed!
~ 2 bars + 3 stars