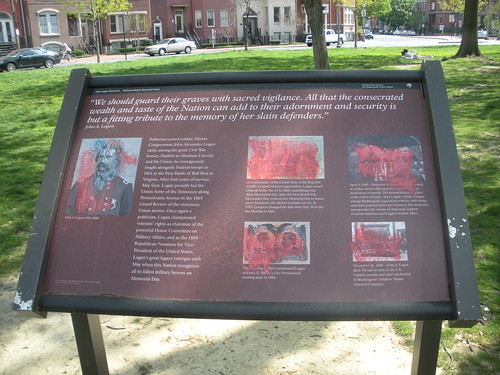 On Saturday I posted photos of the damage IMF protesters did to two banks on P Street a few blocks from Logan Circle. In addition to breaking windows the protesters also spray painted some red anti IMF slogans.

Before I went to P Street, I was in Logan Circle and I had noticed that the Park Sign speaking of the circle’s namesake was vandalized. Seeing how it is red paint, I’m wondering if it was the same folks. But what do they have against General Logan?