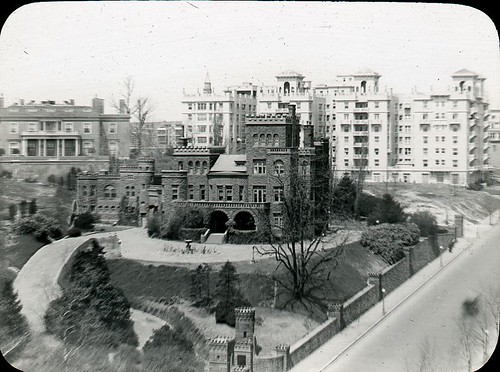 I got an email from Aaron Schmidt the Digital Initiatives Librarian at DCPL announcing this venture. It is awesome. I’ll definitely be posting some cool old photos from here.

In the picture above they write:

“Built in 1888 for Senator John Brooks Henderson, the castle stood at the intersection of Florida Avenue and 16th Street, NW (northwest corner). Henderson was a skilled politician and was the man who drafted the Thirteenth Amendment to the Constitution. In 1949 the house was razed, with only the great stone entrance gate posts having survivied the wrecking ball.”

This is so cool as we’ve spoken about the stone entrance in the past. It is amazing to see what it actually looked like. Good on ya, DCPL!