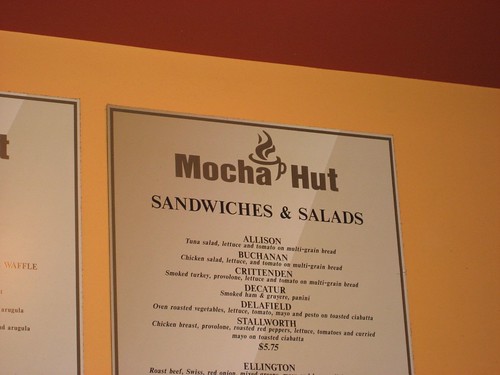 My name on a tuna sandwich, originally uploaded by zeul.

A new coffee shop to be named U Street Cafe will open in its place (hopefully around late April). I was told that this is a friendly transition. I was also told that U Street Cafe will be owned by the same folks opening up the new spot Tynan to be located next to the five guys on Irving Street (which I mentioned in yesterday’s coffee news.)

I wrote that the Tynan spot, “is going to be owned by a pair of brothers named Jim and Brian Sullivan. They intend to make it a very comfortable coffee house with the motif featuring Columbia Heights history. The goal is to open up in May.”

So all in all I’d say the news isn’t too terrible. DCist also reported on this yesterday.