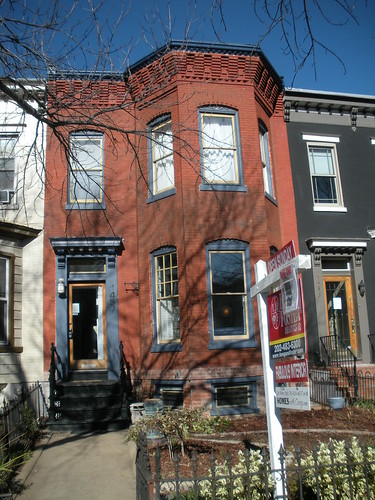 Recent Listing: Click here. For the virtual tour, make sure to click the film strip icon at the top left of the listing.

As I was perusing the sold GDoNs to identify today’s subject, I was struck that these recent settled sales did not show a substantial deviation from the list price. As I dig into these, I tend to find at least one price reduction. What is clear, however, is that right pricing gets the buyer in, and the number of settled sales is picking up.  Continues after the jump.

For whatever reason, the discussion of this house as a ‘Good Deal or Not’ (GDoN) sparked controversy over whether DC has gone the way of other unaffordable cities, such as San Francisco and New York. At the time of the GDoN post, the house was at its original list price of $899,000. The Seller was motivated enough to make a $50,000. price reduction within less than a month of going on the market. It resulted in a ratified contract within six days of that change.

The major draw of this house is the location, which has changed drastically since the Seller purchased it for $250,000. in early 2001. (No the house hasn’t moved, but the area sure has changed. I have 2001 era buyers who should be kicking themselves right now). The listing agent included numerous photos of the neighborhood in the virtual tour. GDoN commenters noted the presence of both central air and radiators (home inspectors love this). I’m rather partial to the roll up parking gate, but that may be because I want one. The deck and yard look nice. It’s been updated, however the basement remains unfinished.

A lot of current transactions strike me as good deals because I know where the prices were at the top. The benefit of this type of deal lies in the proximity to an active commercial district, and areas like this tend to hold their value and remain attractive for future re-sale. My personal bias, however, is to go for more square feet of house and be within a five minute drive or a twenty minute walk of the same neighborhood.