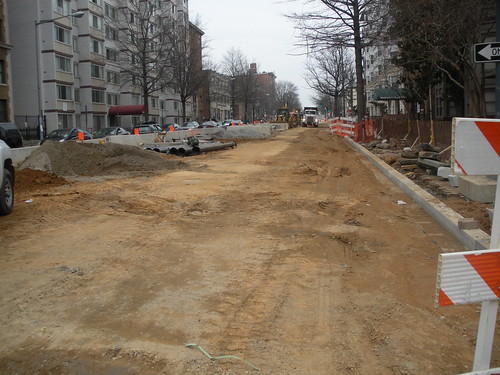 There’s been construction along 11th St NW between K and P for quite some time now. On my commute home today on the 64 bus I believe I saw the old trolley tracks poking out of the hole they dug. So a few things… first, I thought you might be interested in documenting or commenting on the old 11th st trolley tracks before they’re gone forever. Second, do you or your readers know if it’s a common practice to bury trolley tracks instead of removing them? Is it cheaper? Third, was the terribly uneven and cracked concrete along 11th caused by the paving over the tracks? Fourth, what is the main goal of the construction project?”

Well, this was definitely kinda funny. So I went on a search to document the buried 11th Street Trolley tracks and I’m not so sure I was successful. Maybe this was an elaborate joke played on me. If it was, I give the reader mad kudos. So I’m walking up and down the construction area looking for trolley tracks. I must of looked insane to random pedestrians. I mean I’m staring at the sand. I mean every few steps, I think I may see (imagine) the outline of trolley tracks. But this is the closest that could possibly resemble trolley tracks. 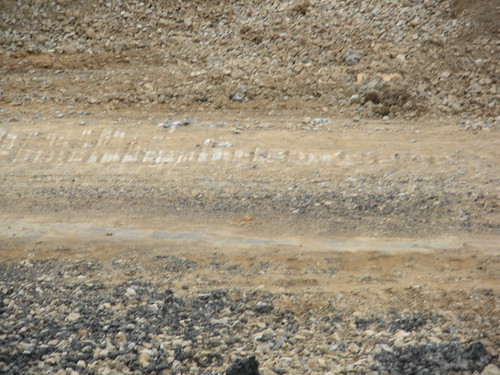 Oh well. Anyway, can anybody answer the readers questions about this project?