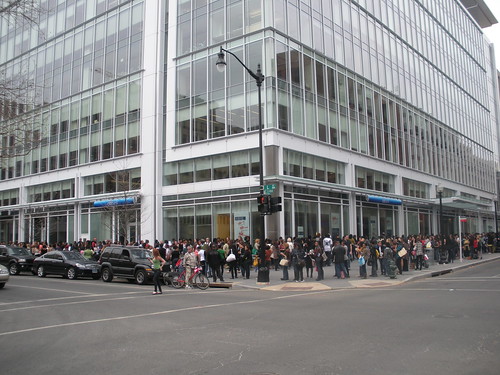 Wow. I was walking by 21st and M around 1pm on Saturday when I saw the biggest line I’ve ever seen in DC (except for the inauguration of course). For a moment I wondered if I had died and gone to heaven. It turned out it was auditions for America’s Next Top Model reality show. My unscientific count put the numbers into the thousands. The line stretched double all the way around the block.

These folks were waiting since 8:45 am and still had a long ways to go. 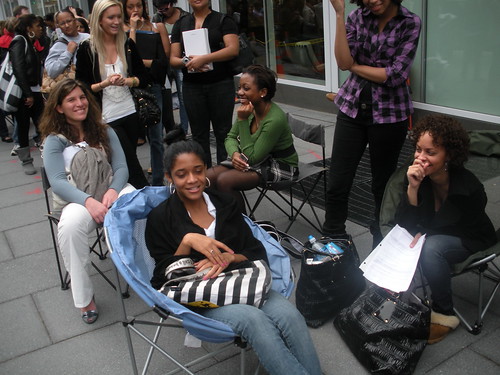 I couldn’t help but feel a bit bad for all these folks. There was quite a buzz of optimism and I can only imagine perhaps a handful were picked.

Some more photos after the jump. 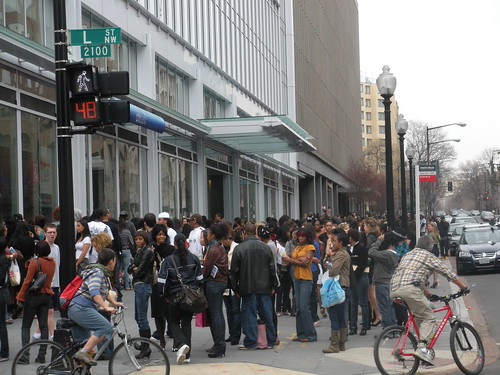 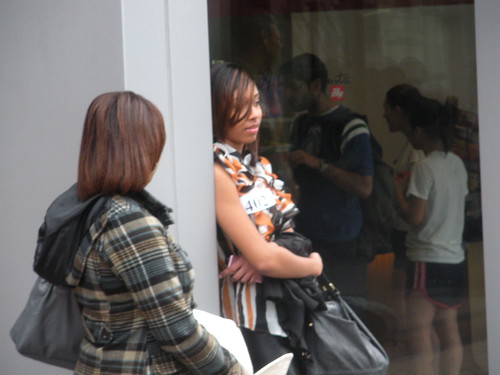 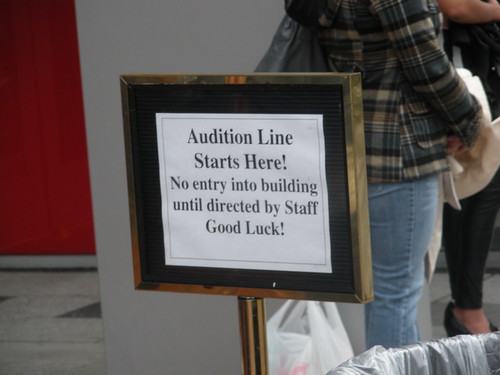 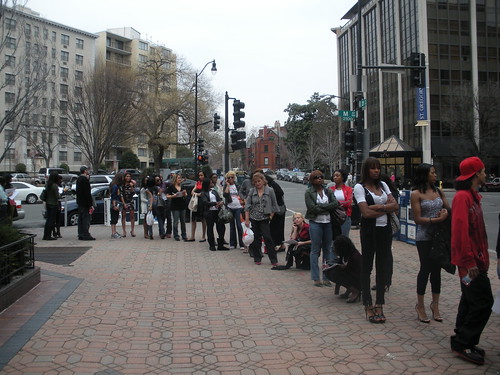 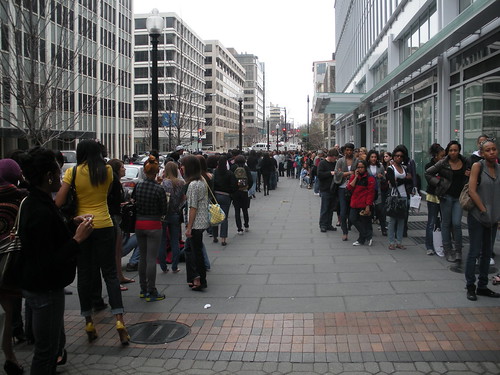