Get our email!
Search
Dear PoPville, quality of life 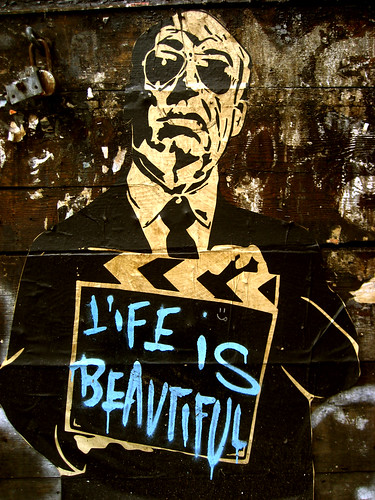 I live on the southwest corner of Harvard and 14th and, like the couple of shootings and the one stabbing I have read about at my corner over the last two years, this again strikes too close to home for me. You seem to have kept a remarkably cool head about this whole thing. I get mad and upset just thinking about the “what-ifs” of these situations, but it actually happened to you and in just one day’s time you are able to think clearly about it and are trying to bring a sense of calm to all of your regular commenters.

This has thoroughly bummed me out today. What is your secret? How are you able to keep your perspective in tact so soon after the fact? Did you just continue to Commonwealth and then drown the memory away with pint after pint (I might have)?

Getting hit by a rock is most definitely an unpleasant experience. But I try to keep things in perspective. Fortunately, the throw was weak and I was not injured. I was absolutely pissed off and fuming for about 20 minutes. For the record, I only had one glass of Bushmills after the fact.

I try and live my life by a certain philosophy. There is a Hebrew expression that says, Gam Zeh Ya’avor. This basically means – This too shall pass. It’s funny re-reading some of the comments from yesterday. I’m really not a naive person. Nor am I goofy optimist. I’m not saying that I’m going to wake up one morning to a crime free world. But I do think over time and with hard work the situation will improve, in this case in Columbia Heights. I also know that life, while often beautiful, is not perfect. Far from it. This relates to work, personal life, health, you name it. So I thought about getting hit by the rock. I recognized that, thankfully, I wasn’t injured and I realized the “good” people that I encounter far outnumber the “bad”.

Also I try and remember the things I love about living in the city. And I also think about the many folks out there, volunteering and working to improve the situation in the city. Another reader wrote me (more to come on that Friday) suggesting that 50% of people want to embrace the beautiful life and see what they can do to make it better while the other 50% (not necessarily through any fault) have decided the situation will never improve. Well, I’d like to think I fall in the former.

And you know, I listened to some good music, had an interesting interview with a British journalist, ate a good dinner and admired the homes of Columbia Heights after dinner. As I’ve said many times, some days are better than others. I’m not saying you should ignore the negative aspects. It’s ok to get angry. Hopefully that anger can be channeled to do some positive things. I know I was fucking pissed. But it all depends on what you decide to focus on. An example I’ve given before is when you see some trash on the street near some flowers. You can focus on the trash and get really pissed off. Or you can look at the garden and say, those are some beautiful fucking flowers. Ideally, you’ll pick up the trash while admiring the flowers. Sometimes I pick up the trash and sometimes I don’t. But whenever I walk away the thought I always to chose to keep is that those are some beautiful fucking flowers.