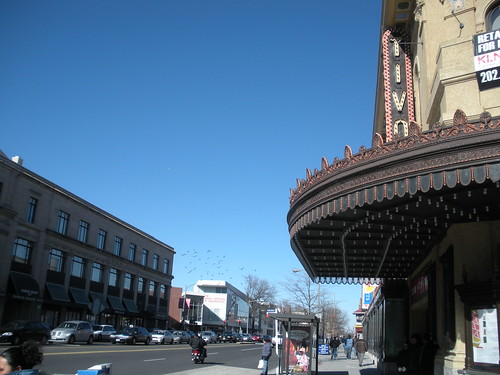 When I first posted about Tivoli North, I have to admit I had no idea it would be so controversial. An eagle eye reader spotted the following notice from today’s NW Current Newspaper under the ANC 4C meeting notes:

“voted 8-2, with Joseph Vaughan and Michael Yates dissenting, to allow the Tivoli North Business Association to install grant-financed banners on 14th Street between Spring and Shepherd streets in efforts to bring unity to the community. Commission chair Joseph Martin said the banners would help build civic pride. Vaughan said some businesses might not want to be called Tivoli North.”

This is not an official designation from the city but simply an initiative from the Tivoli North Business Association. Now that a bit of time has passed and the sponsor is known – do you think you’ll find the banners (name) offensive now knowing that the stated aim is to bring unity to the community along 14th Street?