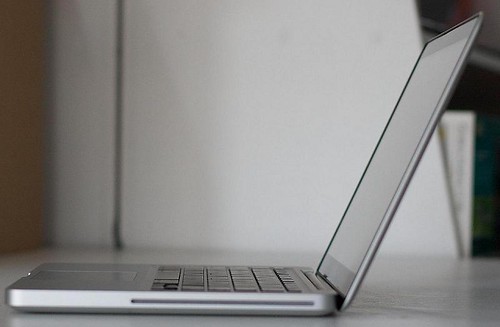 When I heard Apple might come to Georgetown, it brought up a recent memory of shopping with my brother. I had to pop in to the Apple store, and by ‘pop in,’ I mean navigate through the mass of loud teenagers poking at Iphone samples and befuddled old women walking .1 miles an hour while squinting at product descriptions, then standing in line for 20 minutes while the cashier tries to sell said old woman a neon-pink, overpriced Macbook cover. Then, if your retinas aren’t scarred from the blindingly-white, sterile design of the store, try and make it through the swarm of store employees (isn’t this a recession?) who’s only job is to bid you adieu while blocking the door. Let’s just say I’m not a fan of Apple stores.

However, I couldn’t go in, because my brother absolutely refused to set foot into the store. He actively rejects all things Apple. He choose a wonky Zune over the Ipod, is holding onto his beloved Dell laptop until it goes vintage, and rolls his eyes at the landscape of white MacBooks blanketing DC coffee shops like snow. I can understand his dismissal of all fruit-emblemed tech. Originally purchased out of necessity, Apple has now become the Urban Outfitters of the computer/electronics world. I recently went to a music swap where we all hooked our computers together and judged each other quietly while trading the latest Animal Collective album. When it came time to swap, everyone pulled out their shiny MacBooks, looked at each other, giggled in unison, and nodded slightly as if to say “Yeah, we’re Mac users.”

I didn’t buy my Mac because I needed it. While I’m not completely computer illiterate, I still have yet to grasp what makes a Mac so different than a PC (something about viruses, maybe?). I bought it because I dug the clean, simple way it looked, and the portly guy who plays PC in those annoying commercials is undeniably much less hip than Justin Long.

My argument is this – is it wrong to buy into Apple’s cool campaign? I did, and frankly I haven’t had many problems except for when my sunscreen exploded on my Ipod. Sure, PCs seem cheaper, and I’m sure they have redeeming qualities, but they’re just so square. What can I say, my name is Robyn and I’m a gullible consumer (hi, Robyn). And I’m in defense of Apple.