I mean it’s a nation historic site and landmark. 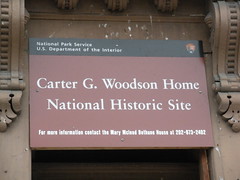 The home is located at 1538 Ninth Street, NW. On this Web site it says:

Any guesses on how long it will take to restore the site?