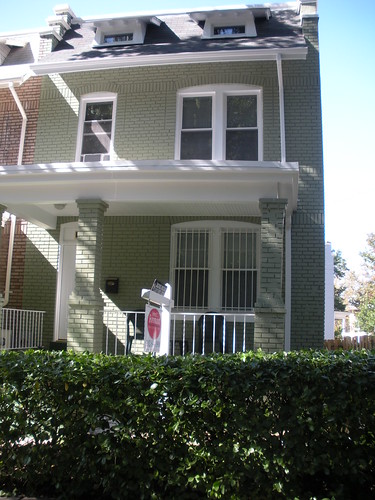 You may notice that this week’s Good Deal or Not Revisited (GDoN-R) is in very close proximity to two very recent GDoN-R subjects, 23 Rock Creek Church Rd NW and 139 Varnum St NW. This may seem somewhat curious, especially given the breadth of PoP’s coverage. I’m keeping a list of all of the GDoNs, and for all the listings he’s pointed out to us in Columbia Heights and touching in to Logan and Dupont, for what it’s worth, it’s the close-ish-to-Metro Petworth properties that have actually gone to settlement lately. Prince, I guess that means your ‘hood is hot (but you knew that already…)

Seriously, though, it is curious to see that out of a handful of recent settled properties from all the GDoNs, the majority have been in this little pocket of Petworth. It makes some sense, in that much of the real estate activity going on right now seems to be financially conservative first time buyers looking to stay well under the $417,000. conforming loan limit. I thought these might also be FHA buyers, but none of these three properties were. Both 139 Varnum and 303 Rock Creek Church Rd NW were purchased with conventional loans, which currently require at least a ten percent down payment. 23 Rock Creek Church Rd NW was a foreclosure that was purchased using all cash. Continues after the jump.

It is interesting that this property was purchased in late June 2008 for $252,000. from an estate. The original listing is here. The late June Buyer painted the exterior green (shoot me now, but then again, I’m very anti- painting the brick), and, as many of the commenters on the original GDoN post noted, did NOT install central air. There was quite a bit of general cleanup, however, including new appliances, bath fixtures, windows, boiler, wood floors, electrical system, and finished basement (per the listing). The property is an end unit with extra windows on the side and an under-home garage.

The new listing and pics (click the camera icon at upper left after you open the link) can be found here.

The Seller enthusiastically began the listing priced at $469,900. and systematically lowered the price seven times, apparently until it went to contract, almost $100,000. lower.