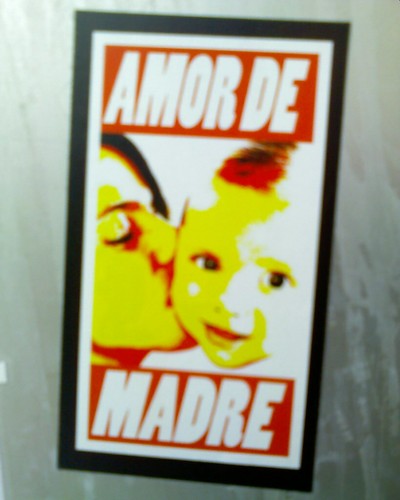 “I saw this sticker on a utility box at 11th and Columbia and was wondering if you had seen it elsewhere/what it means (or if any of the readers did). I know it means “Mother Love”, but beyond that, I have no idea.”

Hmm, I’ve also only seen this at 11th and Columbia. It does remind me a bit of the baby from the greatest city sticker yet? which I posted back in the middle of Dec.

Anyone seen these around town? My guess is that it relates to the “Spanish-language telenovela produced by the United States-based television network Telemundo.” You can find a bit more info from Wikipedia. Any Telemundo fans out there? Is that what this sticker refers to?