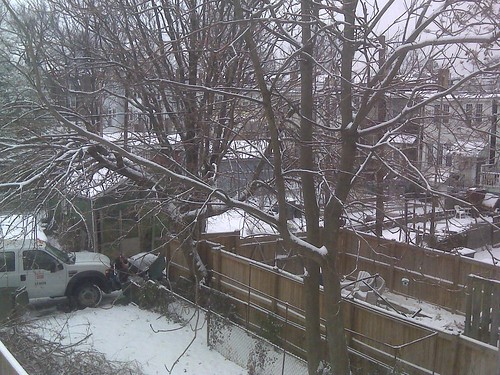 Never let it be said that working for DC government has to be boring.
Check out this help wanted ad:

“Are you the kind of fellow that likes to break things, set fires, and knock old ladies over in the snow? You might think there is no career for you in government other than to run for Congress — au contraire mon frere! The DC DDOT is always looking for snow plow drivers who like a little destruction to ‘break up’ the monotony of the gray working day.

Turn that frown upside down Atilla! DDOT wants YOU! Do you think you’d have fun mangling back fences, crushing elderly peoples’ trashcans, and generally making DC alleyways resemble the set of a Mad Max movie? Then drop the matches and gasoline and come on down to DDOT!

Whether you prefer to drive hulking trucks drunker than Cooter Brown or high on PCP we can accommodate your need for giggle-filled afternoons of property destruction. No insurance? NO PROBLEM! No license? FORGETABOUTIT! No scruples or common decency? A-OK!

Check out the fun that Plow Specialist First Class Beel Z. Bubb had just this Tuesday in a Petworth alleyway! 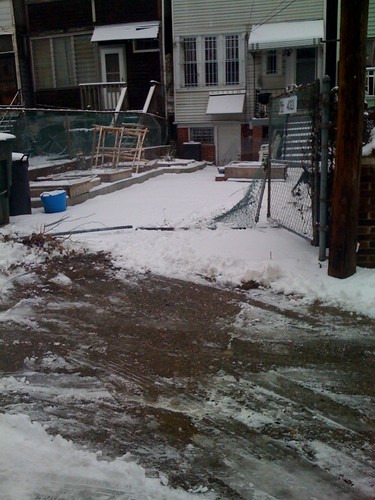 Those interested in a satisfying career spent wrecking both private and public property should call the DC DDOT career hot line at 202 HIT-N-RUN.”

P.S. PoP: Unluckily for the driver in this particular truck-o-death pictured, several wonderful neighbors caught him in the act and, as you can see, at least one neighbor took photos of part of his reign of destruction in the alleyway Tuesday witch included the murder of several trashcans and the mangling of at least one chain link fence.

The authorities are now on the lookout for a slow moving plow with several garbage cans fused to its blade. They think they might crack this case by 2012 — if only they had something more to go on than crystal clear photos depicting the act in broad daylight and several eye witnesses.