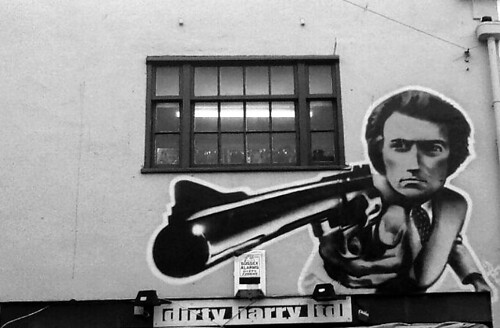 “I was wondering if you heard anything about a mugging this (Monday) morning at 3rd and R NW…around 9:30am.

I stepped outside of my door to heard a girl screaming up the street at the bus stop. The girl was on the phone (i assume calling the cops) by the time I got close so I ended up following the guy til he cut into an alley off of R between 1st and N Capital. a few minutes later I waved down police and told them where he went. It looked like he took this girl’s backpack.

I’d really like to know if they caught the guy. There was a part of me that wanted to try to tackle him and all that but figured he might be armed so played it cool. I was curious if you had heard anything about it or if you know if there is a way to find out from the police if the guy was caught.

I felt bad cause i really wanted to get the girl her bag back for her, but I couldn’t justify risking confronting him if he had a gun or if he had friends in the vicinity. I think I’ve watched too many action movies. i almost saw grand torino this weekend…lol. maybe it’s good i didn’t. I’d be curious if people have had similar experiences and how they responded.”

Damn, this is horrible to hear about. And I think it’s even worse that it happened at 9:30 am. Ridiculous. Well, I haven’t heard anything about this particular mugging but perhaps someone else reading has?

But of course, you made the right decision. You made sure the girl was ok and that the cops were alerted. That is all you can do without putting yourself in danger. I hear you though. There are many times when I’ve wanted to have a Dirty Harry reaction when I hear about some of these crimes. I think the only exception would be if you saw someone getting beat up/assaulted. And even in that situation you’d have to be super careful and certainly calling the cops/911 is the right thing to do. Has anyone else been in a similar situation?

On Friday evening a 17 year old was shot and killed on the 1300 block of Columbia Road according to WJLA Apparently, this evening there was a retaliatory shooting at the 1400 block of Girard St. From a Jim Graham Email:

Dear Friends, ANC member Juan Lopez called me just minutes after a shooting (about 7 PM) in front of the Col Hts Rec Center on the 1400 block of Girard. I went directly to the scene.

A 16 year old boy was grazed in the hand, and he will be alright.

But a number of shots were fired—four shots struck the windows at the Rec Center. Fortunately no one else was hit.

This appears to be more gang related violence. Retaliation by one gang against another, perhaps involving the crew at Park Morton (which sustained a homicide last Friday night).

Sadly I just received this news from a reader:

“I was walking home tonight at about 10:30 PM and came upon about 6-7 police cars right at the intersection of Rock Creek Church & Warder St. Looks like somebody shot up a couple of cars; no people hit apparently. You have any more info?”

I’ll update as soon as I get more info.

More Stories
Can We Come Up With A New Slogan? PleaseHoly Cow: Columbia Heights Getting Some Pho!