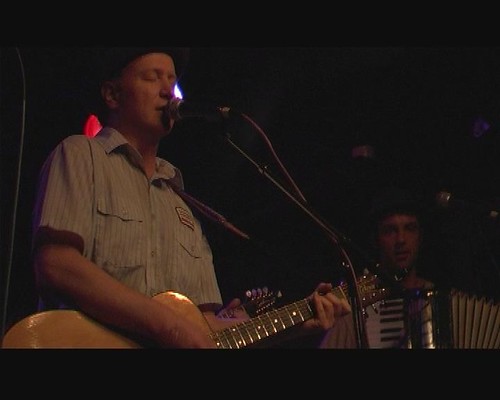 Julian had previously interviewed James O’Brien in his capacity as owner of Red Rocks pizzeria. Some of you may have caught O’Tasty at the 2 year anniversary PoP Party.

When PoP and I went upstairs at his Two Year Anniversary party to check out the Irish band O’Tasty, I was expecting your average U2 cover band with a combined 1/16th Irish heritage singing a sub-par rendition of “Country Roads.”

One look at the mass of PoP fans dancing and the explosion of Irish merriment crammed into Wonderland Ballroom’s upstairs space, and I knew that there was nothing average about O’Tasty. It’s lively, authentic Irish music and they’re one of the most energetic bands you’ll ever see. It’s happy. It’s contagious. One day the band’s songs will be the cure for the common cold, but for now they’re the cure for feet that won’t dance. O’Tasty definitely knows the recipe for delicious music. 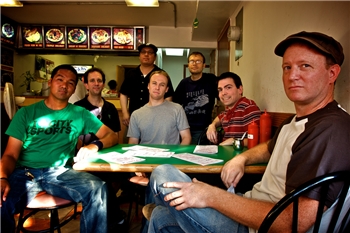 James O’Brien fronts the O’Tasty, and he also owns another yummy concoction: the pies at Red Rocks. He formed the band through meeting people at Staccato, a rock club he used to own in Adams Morgan. They went on to win top prize in the Irish Rhapsody Festival in NYC and then onstage with Black 47 at the Knitting Factory, a far cry from the early days when they once opened up for a mime. I caught up with the Red Rocks owner to ask a few questions about what makes O’Tasty so well, tasty.

1 – How did you start playing Irish music?

We decided to put an informal Irish group together for a St. Patrick’s Day show at the club. None of us had really played Irish music before, but we all had enthusiasm and confidence. The confidence was short-lived. Irish music is really fast. It basically kicked our asses for a while. So, although it was a humbling experience, basically having to re-learn our instruments, the show was well-received and we decided to keep going. Continues after the jump.

2 – What have been some of your best performances?

The show we did at Solly’s a couple of years ago has to take the cake. They shut us down a little early because the 2nd floor was about to collapse from the crowd jumping up and down too much. I guess that could have gone real bad, but how many bands can say they actually brought the house down?

The inspiration to play Irish tunes was originally just as a side project and for fun. But at the same time, I am Irish, and I’ve always been exposed to Irish history and culture.

4 – What is it about Irish music that forces people on their feet?

I think the thing about Irish music is that it is mostly unpretentious and comes from the gut. Arguably, I think you could generally say that Jazz is intellectual, Rock is either cool or mainstream, R&B is sexy, but Irish music isn’t trying to be any of those things. It comes at you straight on. But there is also the deeper, poetic aspect of songwriting that I think can move people in a different way, but just as impacting. And if not, at least it gives people a few minutes to rest in between fast tunes.

O’Tasty’s next show is at Mick O’Shea’s Baltimore on December 19th and a new album due out in early 2009. 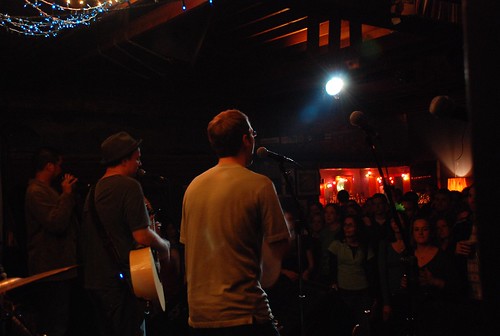