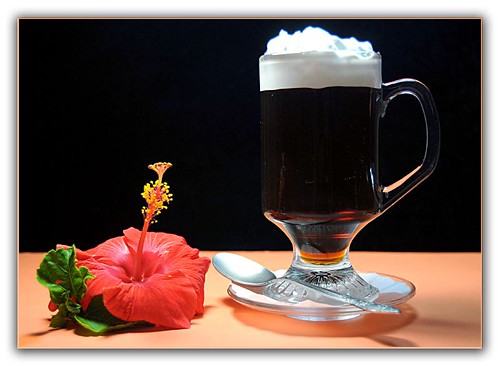 Ed. Note: If like me you are too lazy/unskilled to make your own glogg Robyn has some options you can purchase around town. What’s your favorite hot winter drink?

I’m not a fan of summertime-themed drinks. I’d rather drink my vodka on ice rather than a sickly sweet pina-daiquiri-melon-ruby red- tini sprinkled with pomegranate seeds and adorned with a mini-umbrella. So I celebrate when winter rolls around. Not the biting cold, the frigid life-doubting AM walks to the metro under darkened skies, or the emergency Kleenex runs to the Columbia Heights CVS…I celebrate warm winter drinks. Depressing weather turns even the most sober of folks into seasonal boozers, and thankfully, DC has plenty of winterized warm drinks to accommodate.

Fado: While I’ve never fared well on their popular pub quizzes, I’m a pro at consuming Fado’s signature Irish Coffee. It’s simple solution for cold weather – no frills, no sugar-coated, caramelized trimmings. Just whiskey, coffee, and cream. Fado’s version includes Bushmills Irish Whiskey and brown sugar and cinnamon. It’s the perfect drink to sip slowly while you figure out “Which Pseudonym was used by the writer Hector Hugh Munro and is also the name for a Japanese drink?” Who comes up with these questions? I curse the inventor of the pub quiz.

Bourbon: You see them in masses. The sniffling, coughing, Robitussum-IVed sickly of DC crawl to Bourbon (both in Glover Park and Adams Morgan). But not because Bourbon has any sort of medical facility. What they do have is an alcoholic elixir that is designed to relieve a cold and mental anguish over being ill: the hot toddy. While I don’t like to throw around the term ‘mixologist,’ I do trust Bourbon with my booze. Their hot toddy, made with Evan Williams bourbon, honey, and lemon juice, is served piping hot from a sympathetic bartender with extra napkins to blow your nose into.

Old Europe: Even if you don’t have a cold, you can still enjoy the taste of cough syrup with a sip of Gluhwein, a mulled wine drink served by Old Europe restaurant in Glover Park. The German themed – and I mean THEMED – restaurant has all kinds of Deutschlander flags and trinkets on the walls, friendly servers to help you get through the menu (items include Bauernfrühstück, Zwiebelrostbraten, and Schwarzwälder Kirschtorte), and even a little old woman on a piano. They also have Gluhwein, which doesn’t taste entirely of grape cough syrup, but rather a warm, thicker, sweeter, red wine with spices. It’s an acquired taste,

Open City: If you think there’s no limit to caloric intake during the holidays (as I do), be sure to visit Open City in Woodley Park for their choice in hot drinks. Choose from the Snow Drift Tryst Coffee with Godiva White Chocolate and Mint, the Winter Break Rich Hot Chocolate with Navan Vanilla Flavor or the Almond Joyfulness Caramel Latte with Amaretto and Godiva Chocolate. I think I gained a pound just typing that. Each one is rich, tasty, guilt-ridden goodness.