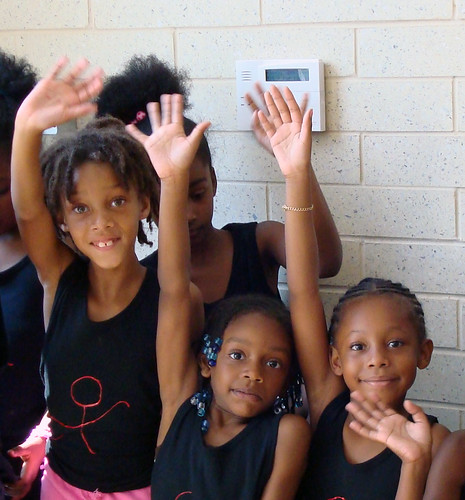 One of the things I have enjoyed the most about writing for this blog is that it’s given me the opportunity to meet some really awesome people, see some very cool things, and discover little pockets of the city that I might not have otherwise. Last week I had the great pleasure of meeting David Snider and Elizabeth Andrews of the Young Playwrights Theater in Columbia Heights.

This is one of those places that you find out about and wish more people knew it existed. It’s a small operation, but they are doing really big things and I am going to do my best to tell you all about it. The basic premise of YPT is to teach students to express themselves clearly and creatively through the art of playwriting. The organization was born with a woman named Karen Zacarias, a successful playwright both regionally and nationally, in 1995. Karen remains active on the board, but the organization now operates under the leadership of David Snider, an actor himself who has many years of experience in the theater business.

David, along with Elizabeth and only two other full time staff members are running a pretty big show themselves, with in-school and after-school programs, a 5 week tour of student work, and a number of special projects and performances. Through the in-school program students in the fourth through twelfth grades at 12 public schools in DC (mostly in wards 1, 7 and 8 ) as well as a couple in Arlington, participate in a 12 week program where every student gets the chance to write their own play. Schools can apply to partner with the program, and once they are selected YPT works with staff to craft the program and incorporate it into the curriculum. Once a week a teacher who is contracted by YPT comes in for a full class period and guides the students towards their goal. The program has been really well received by the schools, the students, and also the community. And some teachers have even revealed that students complete their playwriting assignments at a much higher rate than a lot of other work. Who’d have thought that students would respond well to opportunities for creative expression, huh?! Continues after the jump. 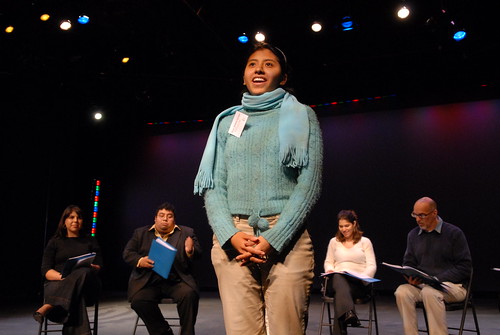 Anyhow, once the plays are written and it comes time for performance is where the students have another opportunity to shine, not as actors, but as directors! YPT contracts with professional actors who work with the students to develop their work into a full production. During the Express Tour, a five week program, 5 of the best student plays are performed at professional DC theaters, including The Kennedy Center, Wooly Mammoth and a number of community centers, schools, hospitals and more.

As YPT isn’t just about encouraging creativity from our youth, but also about reaching out to the community, they have organized another opportunity for us to see student work by way of a program called “New Writers Now.” This is a series of free performances featuring professional actors in staged readings of student plays followed by community discussions with the playwrights. The next installment will be taking place on Monday Nov 24 at 7pm at the GALA Hispanic Theater, at 3314 14th Street in Columbia Heights. This particular session will be called “Life in School” and will be all about student’s experiences and views on DC schools. In light of the national attention DCPS has been receiving lately, I think it will be really interesting to hear a student perspective.

What I’ve described here isn’t even all of what YPT does, and they do it with some pretty tight purse strings. They do receive grant funding from the DC arts and Humanities Commission, and the Mayors office on Latino Affairs, newcomer to the neighborhood, Target, has also chipped in with some corporate support and of course they receive some donations from individuals in the community. If you’re interested in supporting, or just finding out more information about the programs and ways you can get involved as a community member, you can check out their website, at www.yptdc.org.