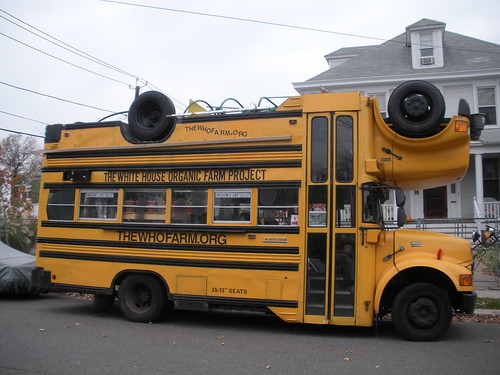 Thanks a million to the reader who kept updating me with the whereabouts of this crazy bus until I could finally snap a photo. It’s been spotted on Rock Creek Church Road for almost a week. Dang, I suppose this would’ve made for a good caption contest. Well, if you’re feeling particularly inspired we can have a bonus caption contest. 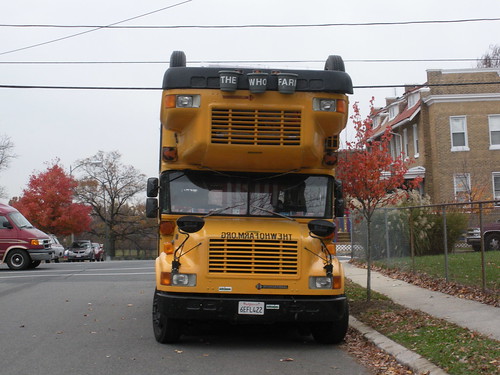