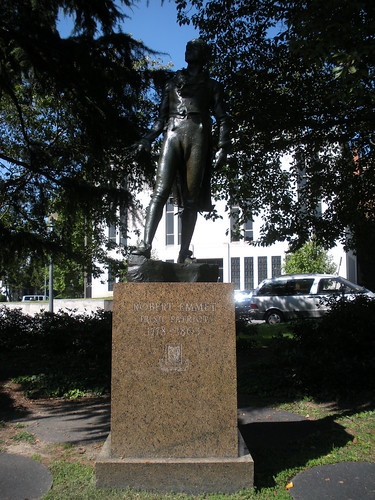 This was a new one to me: Robert Emmet – Irish Patriot, 1778-1803. The statue was erected in 1966 to commemorate the 50th anniversary of Irish Independence. I stumbled upon it near Mass Ave and 24th Street.

Be honest – had anyone ever heard of Robert Emmet before? Uh oh, I guess I’ve opened the door to make fun of my Long Island public school education…again.