Get our email!
Search
Renovation 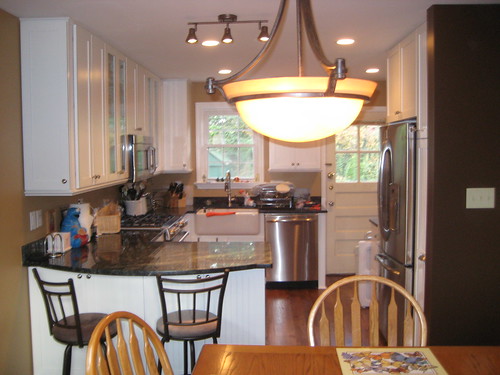 A friend of mine had a big kitchen renovation where he and his wife had a wall knocked out and a bathroom removed to create an awesome open kitchen. He writes:

“As you remember our kitchen was about 4 by 6 with a nice bathroom between the kitchen and dining room. We decided to open up the entire floor and took out a wall that separated the dining room from the living room. That wall became the biggest issue because it was a load bearing wall and also had HVAC ducts in the wall which need to be moved. We closed in two windows – the bathroom and side of the house kitchen window — and then placed a bigger window on the back wall. We decided on recessed lights and a smaller set of pendant light because we felt it would overwelm the room. We also decided on white cabinets because we wanted to make the kitchen as light as possible to make it appear bigger. The granite we chose was called green galaxy and a mixture of green with white and dark brown streaks.

Our contractor was Harry Braswell and we liked them alot. they were middle of the road on price but we seemed most comfortable with them.”

I’m not just saying this because they are my friends but I think it turned out great. I suspect there may be some debate about taking out a half bath but in their case it was essential to create an open space. 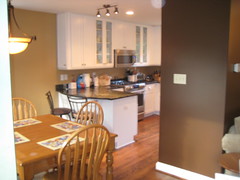 After the jump check out the before pictures. If you’ve had renovations done in any room of your house please send photos to [email protected] 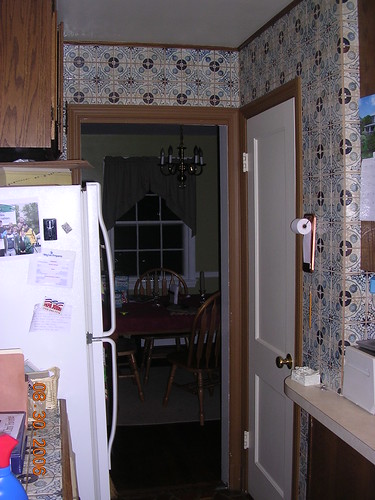 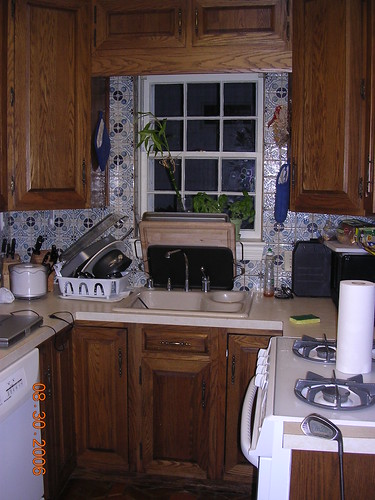