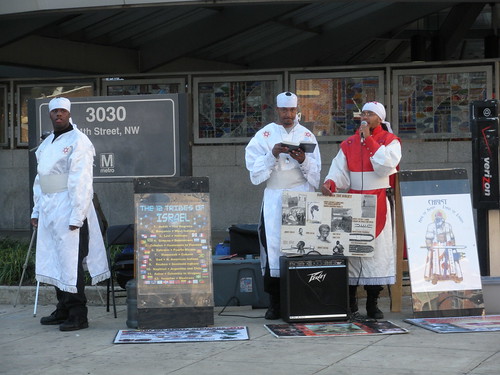 Ah, these guys were preaching something or other outside the Columbia Heights metro Saturday afternoon. I’m fairly certain that they are insane. I don’t know that 100% but there was some definite jibberish going on. I remember there was some city council laws being debated about how loud they could amplify their preachings. I hope that law passed. I find these folks can be intimidating to random folks. Me, I think they’re harmless but irritating and I’m happy to tell them as such. But I saw other folks that felt very uncomfortable and I think it is unpleasant to have such folks preaching on public property. So what do you think – is this simply a case of free speech? Are they harmless or a menace?