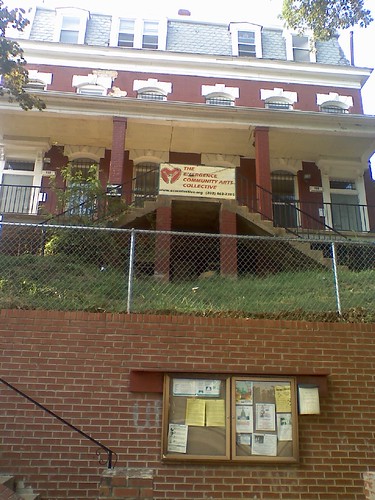 Recently we had a rather lengthy discussion about whether or not our community needs more community centers. Over the course of 2 days and 160-some comments we heard (or read) many different opinions – some a bit stronger than others. I can’t say that I know enough about the presence or use of existing community centers to really choose a side in that debate, but I will say that I think what Sylvia Robinson has done with the Emergence Community Arts Collective, in Pleasant Plains, will bring nothing but cultural, spiritual, emotional, and historical wealth to the community.

The Emergence Community Arts Collective is located at 733 Euclid Street and housed in a building that has a great deal of historic importance. Since 1863 the building has been owned by the National Association for the Relief of Destitute Colored Women and Children. Over the course of many years it’s function evolved, and up until 1999 it was operating under the name of Key Day Care Center. Due to a number of setbacks, the day care center ultimately wound up abandoning the building and it sat – empty – for a number of years. 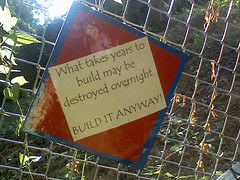 Enter Sylvia Robinson, a DC native who grew up on Quincy Street. Eventually, she moved out of the city, but stayed nearby, in Wheaton MD. After a few years in a technical career, in a move that I’m sure sparks envy in many, Sylvia made the bold decision to abandon her desk job and take some time to travel, learn and “do what called her.” Among those activities, were teaching Tai Chi in Takoma, taking lessons in Capoeira, working as a drug and alcohol counselor. Sylvia felt a true passion for what she was doing and a desire to bring it all together in one space – to build community through cultural arts, education and positive social interaction. Story continues after the jump. 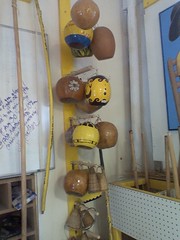 Around 2003 was when, as Sylvia puts it, her vision “met with the building.” Dr. Joseph McKinney, Chairman of the National Association for the Relief of Destitute Colored Women and Children felt strongly that the building should remain in service to the community and donated the building to Sylvia, and the ECAC. Over the next three years the building underwent an intensive renovation process, during which Sylvia saw the first outpourings of community support and desire for a space like this. Halfway through the renovations her contractor went out of business and Sylvia was left completely in charge. She put out a call for volunteers and was just overwhelmed by the support. This really put her vision into motion as she saw how much the community wanted and needed this space. 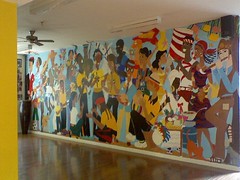 In 2006 the ECAC opened its doors. As it stands today, it is a 2 story building with a Capoeira/Dance Studio, a kitchen and an office on the ground floor, two large multi-purpose rooms, a small meeting room on the second and an apartment on the third. Almost immediately the center was hosting youth open mic nights, children’s dance classes, support groups, and senior services. Sylvia says, “everything I envisioned just walked through the door.” Since then offerings at the ECAC have grown to include Capoeira Angola (the most popular activity), Yoga, game nights, pot lucks, 12 Step programs, visual arts and much much more. 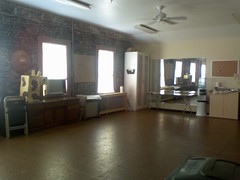 I asked Sylvia how she decides what events and programs take place at ECAC and how much freedom community members have in presenting and implementing their ideas. She explained that every community member is welcome to bring an idea to the table and as long as it fits with her CASH program, she will help make it happen. CASH is an acronym that Sylvia coined, which stands for Civic Engagement and Volunteerism, Arts and Education, Social Activities, and Heritage. To Sylvia this represents the “intangibles that you need for people in the community to feel connected.” She feels that a lot of this has been lost over time as many of the elders have moved out of the city, or passed on and with them a lot of the community heritage gets lost. For Sylvia, it’s all about what has been lost and how it can be restored.

Sylvia and I talked a bit about the developments in Columbia Heights and Petworth and what gentrification means for the Pleasant Plains neighborhood and the ECAC. It’s her hope that as the neighborhood continues to gentrify – and more and more people are coming in for economic reasons, the identity of Pleasant Plains will be displayed in such a way that regardless of why they come, people will learn about it.

As a way to help restore some of that heritage, Sylvia and the ECAC have initiated the Georgia Avenue/Pleasant Plains Heritage Trail. A group of volunteers worked from October 2007 to July, contributing more than 700 hours, and together they identified about 50 sites between the Shaw/Howard University and Georgia Ave metro stops. This will get whittled down to about 18 sites by Cultural Tourism DC, and the trail should be up by sometime in 2009.

Coming back into the neighborhood after her time away, she admits that has seen a negative change. However, she still sees remnants of the close knit community that once was. In an effort to promote and sustain that community she spends a lot of time spreading the word, not only about ECAC, but also about community developments. Sylvia goes door to door monthly to talk about the center and what’s going on in the neighborhood. If she notices alerts about ANC meetings, or proposed developments she prints that information out and shares it with business owners on Georgia Avenue to help raise awareness and encourage participation in community meetings.

Some neighborhoods change so quickly that there is little time to adjust, but Pleasant Plains is in a position that they have had the opportunity to “see the smoke coming over the horizon.” There is a chance to make sure people coming in know that it’s not a clean slate, there are stories about what the neighborhood represents.

This is true grassroots community development. She thinks about what people want, how they want to come together and what they have to offer – which, as it turns out, is a lot! Take a look at the calendar and list of programs on the website, all of which are open to anyone. If you are interested in attending a program, or finding out about additional programs and events you can contact Sylvia to discuss those options. The space is typically rented out for $20 an hour. However, you can also charge a $10 admission fee, or a donation for your program and split the fees with the center. If a program fits with her CASH acronym, she will work with you to make it happen, and civic meetings and youth programs will almost always be held free of charge.

Currently the center is funded by some small community foundation grants and individual donors. Though Sylvia is the only full time staff of the ECAC, she has a fundraiser who will be helping her reach out for corporate sponsorship and launch a capital campaign next year. The ECAC is always looking for supporters though, so if you’d like to make a donation you can help out in many ways. The ECAC accepts donations, office supplies, furniture, copying and printing services, computers, and of course volunteers. Look here http://www.ecacollective.org/help.html to see how you can help! 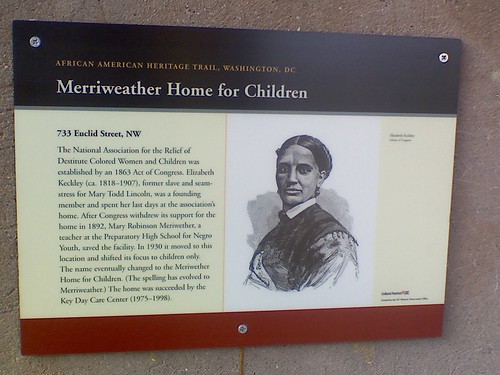