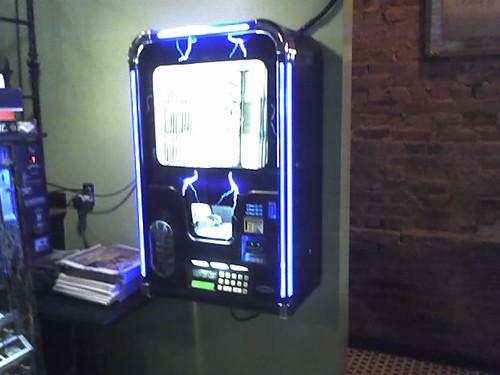 Nice! I can’t stand those internet juke boxes. I get a bit too overwhelmed with all the choices. I think it’s far more fun to have a nicely stocked proper juke box like this. I always tend to play music that I don’t own on jukes like this one.

But back to the juke box.  Which do you prefer the classic ones like this or the internet ones?