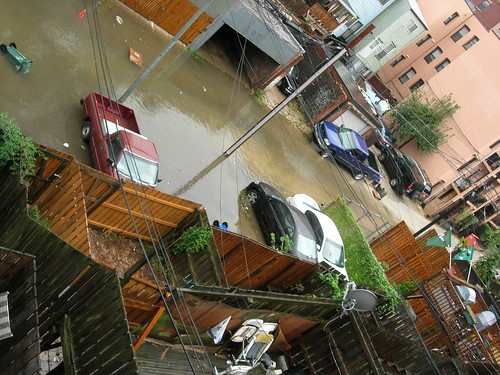 Thanks to a reader for sending in the photo. The reader writes:

“This is the alley between Irving and Kenyon and 13th and 14th. WASA put in a new storm drain when the alley was redone (it really needed redoing) but I guess the drain ain’t quite up to a storm like this.”

That’s insane. Up in Petworth we pretty much got through unscathed. Although I heard some people had some flooding in their basements.

Any damage in your neighborhoods?