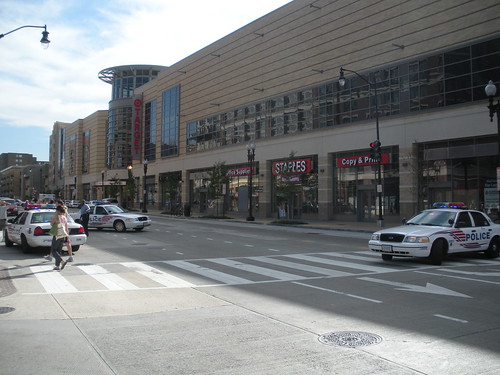 This is insane. What is this, like, the third one in a month (not including the stuffed polar bear.)? Unbelievable. I was walking back home around 3:30pm on Sat. and some other folks I spoke with said the building had been evacuated since around 2:30pm. This has got to be the most frustrating thing for the proprietors in the mall. But what can you do? If you get a bomb threat, you have to evacuate, yeah? If they ever catch these bastards I hope they get some serious jail time. So let’s speculate on who’s calling in the threats – dumb kids? folks opposed to the mall? serious terrorists?

How long do we think these threats are going to continue for?

I saw lots of red shirts all over the place, turned out they were target employees of course. 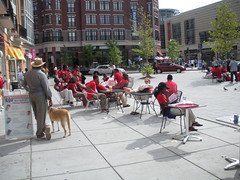