I am happy to introduce a new series by our regular contributor, Julian. The following is part 1 of a series detailing the experiences and travails of a server in our fine city. Personally I can’t wait for part 2! All illustrations by Julian as well.

The First Two Days
Like lots of writers these days, I am also a server in a restaurant. This information is relevant to the site because, up until recently, I was a server in one of the most well known restaurants in Columbia Heights. 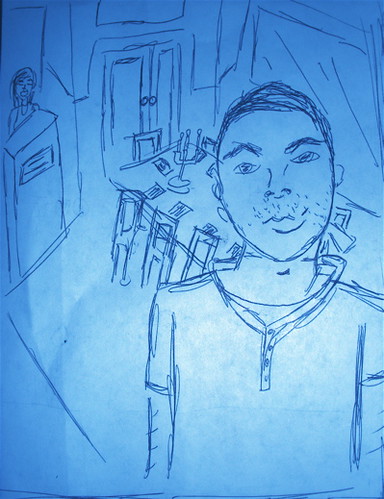 Working at this place was fun because of the people – from my colleague who I will dub “the Princess” because she refused every alias I offered her, to “Mitch,” one of the newer arrivals, who’s personality made everyone act like inmates serving life sentences whenever he came around. I made many friends and some enemies, but it was all so interesting because we were all local, part of the fabric that made the neighborhood so diverse and rich. It was also intriguing because the patrons at the restaurant were mostly neighborhood people, so we were like flies on the wall, so to speak.

I began my work here on the second day of January – swept in by the snow and the rain, a little frantic because my prior restaurant experience had not been so enjoyable. The staff, from what I noticed up front, was attractive and friendly, yet tightly knit – like a potato sack I desperately wanted to cut into with my personality and strong work ethic.

I did my best to show my “best” personality – I smiled more than I usually do, I made more conversation than I usually would with strangers, and I made inappropriate jokes that made the rest of the staff exchange worried glances. Being a recent arrival from California, I was also in the market for friends, so there was even more incentive to win them all over.
After food tasting with “Michael,” the lead server, and after a shift of training on the expo (food) line, I was standing at the computer to take all the orders the servers had taken at their respective tables. It was my job to input the orders into the computer, course the meals, and recheck all the items to be sure that they were correct. 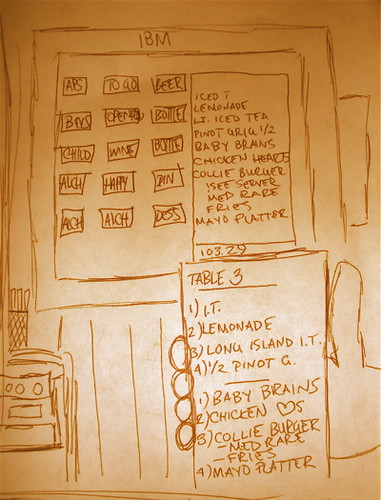 However, mid-shift, I was distracted by the gaze of two faces that I recognized – a gay couple I had bartended for the previous month at their private holiday party. They approached me to briefly catch up, and I explained that I was in training to be a server at the restaurant. They told me that they were meeting one of their friends from their holiday party, and introduced me when he came in.

But I already knew who he was. See, I recognized him from the party – a young, handsome Cuban with Prada glasses who had been tearing up the carpeted dance-floor with some modelesque waif who lit up the room like a mirror ball. I had also seen him before, in Columbia Heights, walking hand and hand with another Kate Moss, maybe two weeks after the party, and was surprised to see that he had already updated, upgraded, and changed the flavor. We performed the necessary courtesies, and I told them to enjoy their meal. 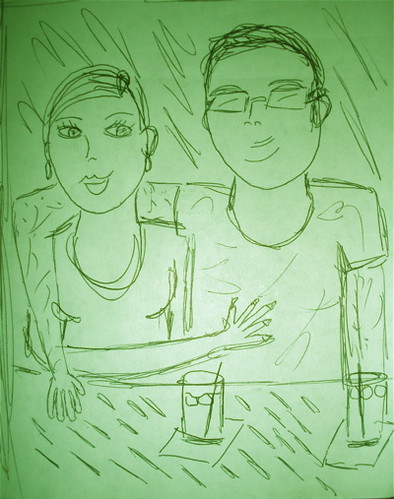 They remained at the bar for several minutes after, perhaps because there was a wait and because the hostess, “Anne,” who doubled as a server, was only allowed to seat complete parties. When the fourth member of their party arrived, I couldn’t keep my mouth shut anymore, for the it was a new girl, beautifully clad, maybe five-foot ten-thousand, who came around and kissed Prada on the mouth and beamed at his friends.
I turned to the nearest server, Michael, and giggled slightly. “See that guy?” I asked, pointing at Prada. “The one with the girl?”

He nodded, uninterested. “Yeah?”
“That guy is a player. He’s been with three different girls in a month. And look at how comfortable they are. They all probably think he’s they’re boyfriend.”

Michael snickered, then turned to “Ron,” who turned to “Drew,” who turned to “Carly,” who took the information to Anne up at the host station. You see, the information may not have been all that particularly interesting, but when you’re working, gossip is the distraction of choice.
Seconds after the information got to Anne, I saw her small frame, her bouncing blonde hair, and her full lips, glossed and in a tight frown bee-line for me next to the computer in the wait station.

“What did you say about that guy? The one at the bar?”

“What?” I asked. When she’s angry, Anne’s presence is ice water hitting you in the face.

“The guy at the bar. With the girl? What about him?”

“Oh. I just said that I’ve seen him with three different girls in a month. Once at this party I bartended at, another at –“

“That guy is my roommate’s boyfriend.”

The rest of my second night at this restaurant was purely damage control. You see, Anne was one of those people who everyone drifted to, like a sieve to catch food at the bottom of a sink – and I was definitely just going to wash right though. Any chance of me developing meaningful friendships with the staff seriously became jeopardized.

This was day two at the restaurant. 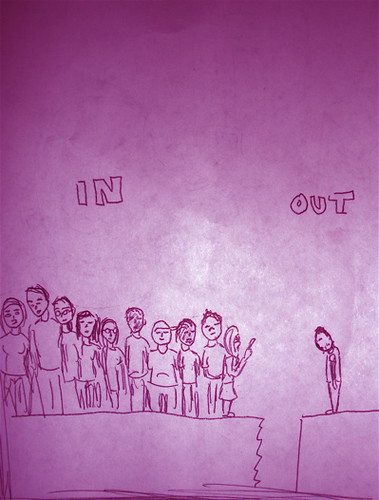 Read more →
More Stories
How Awesome Is It That This Sign Exists?Good Deal or Not? Condo Edition