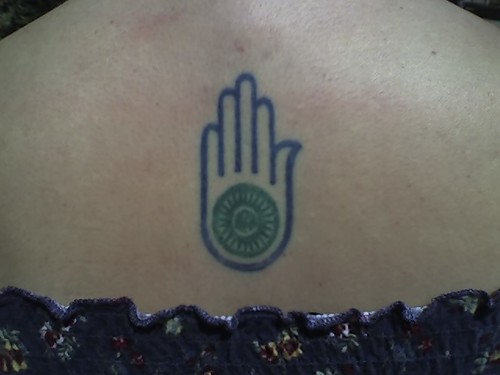 Did anyone read Richard Cohen’s Op-ed in the Post yesterday? Well, as I think is obvious from my “tattoo of the week” feature, I am a huge fan of tattoos. I personally don’t have one but damn it I appreciate them for many reasons. Cohen on the other hand is staunchly opposed. He writes:

“Tattoos are the emblems of our age. They bristle from the biceps of men in summer shirts, from the lower backs of women as they ascend stairs, from the shoulders of basketball players as they drive toward the basket, and from every inch of certain celebrities. The tattoo is the battle flag of today in its war with tomorrow. It is carried by sure losers.”

I ask, what is next Mr. Cohen? Are the kids next going to be listening to some crazy rock and roll music? I appreciate the fact that he emphasizes the permanence of tattoos. But people get tattoos for a variety of reasons. I can’t speak for them I can only speak for one who appreciates them. So why do I appreciate tattoos? Some of them are beautiful works of art. Some of them are done to capture an experience or memory whether it be in the military or just from an incredible adventure. Some of them are done as a big fuck you to society and cultural norms. Some have become cultural norms. Hell some people just get drunk and get them. Surely some folks have regrets but this is nothing new to 2008.

What I’d really like to know is why Cohen (who I normally really enjoy and respect) has taken the time to use up an entire column on one’s personal style. Isn’t the world pretty much fucked up right now? And he’s worried about tattoos? Christ, how about the legacy of the Bush presidency, the Middle East, the Rule of Law, the Economy, the cycle of street violence in DC, etc. But tattoos, really? Who gives a shit in the grand scheme of things.

Like I said I can’t speak for why people get tattoos but I surely think there are more important subjects for a respected Washington Post columnist to cover. So what do you guys think? Are tattoos the menace Cohen paints them as? Or, as the old timers say, don’t we have much bigger fish to fry at the moment? I think the only loser here is Mr. Cohen.