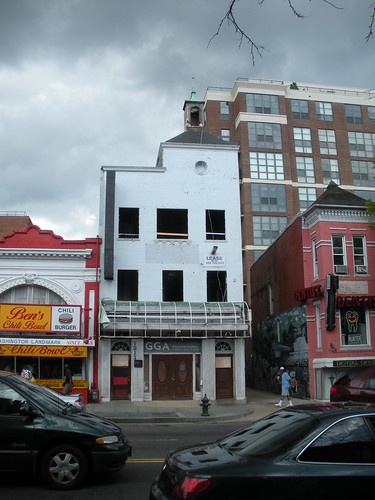 Don’t know how I missed this but there was a great story last week in Bisnow reporting that the new Ben’s Chili Bowl project will be called Ben’s Next Door. They say:

“Brothers Kamal and Nizam Ali don’t want to change the original Bowl, which was opened by their parents, Ben and Virginia in August ’58. The 1213 U Street, NW, eatery is staying the same, but the bros will be opening Ben’s Next Door, where patrons “can finally get a chili dog and a beer.” They say the new space, coming in August, will be the “Bowl version of a bar” and offer a more upscale ambiance than the original.”

This is super cool. So from the picture above do you think they’ll be ready by August. Do you think an upscale version of Ben’s with a bar will work?