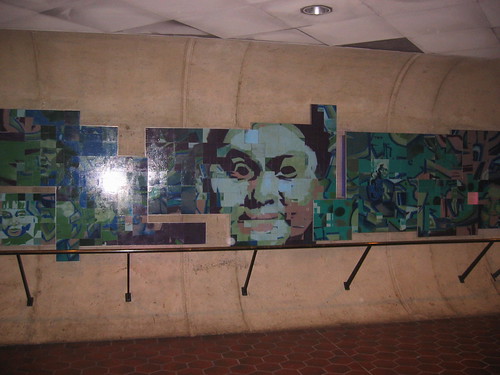 It’s funny, I’ve never gotten off at the Columbia Heights metro before. For real. I was stunned to see this mural. It is wild and totally unlike the ones in Petworth and U Street. So do you prefer this style better or the more traditional ones depicting DC back in the day? I always was pleased to see a Chevy Chase bank machine in CH. I remember writing a while ago how bogus it was that Petworth doesn’t have one. And U Street doesn’t have one. But I guess one out of three isn’t too bad.

Read more →
More Stories
Door of the DayGarden of the Day