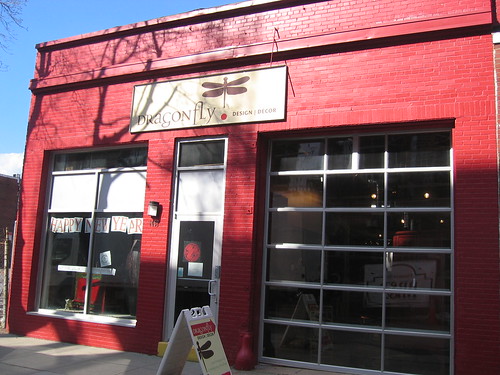 It never ceases to amaze me how many unbelievable cool shops I randomly come across. I stumbled upon Dragonfly Design/Decor this past weekend at 1457 Church St, NW. At first I was thinking Dragonfly, Dragonfly isn’t that a terrible night club that recently closed? Thankfully this turned out to be a completely different Dragonfly. I had the chance to chat with owner Kim Hessler. While new to me Dragonfly has actually been at this location since January 2006 and prior to that was located in a faraway province called Virginia or something like that. The store is filled with unbelievably cool pieces from Central and Northern China. You can also find many period pieces here ranging from 100-250 years old. Of course you are going to pay for that coolness. Period cabinets range from $1200-$3000 and period tables run from $700-$2200. Of course you will also find less expensive pieces as well. Ms. Hessler explained to me that the store is stocked with goods from many Chinese provinces. Each province has its own style but Ms. Hessler’s favorite is Shanxi in Central China. Hessler also points out that many of these pieces blend so well with contemporary pieces because “they bring warmth with the aged wood that is a nice juxtaposition to contemporary pieces.” Hessler also points out that the store used to be an old auto garage yet surprisingly resembles a traditional Chinese home. Even if you’re not going to purchase something here it super cool to admire almost like visiting a museum. Check out some photos of the interior after the jump. 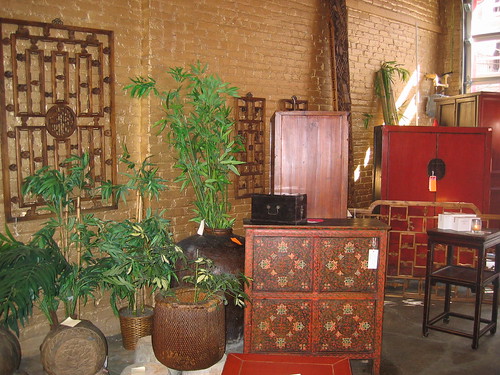 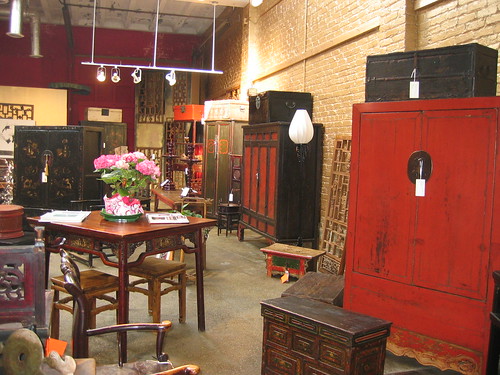 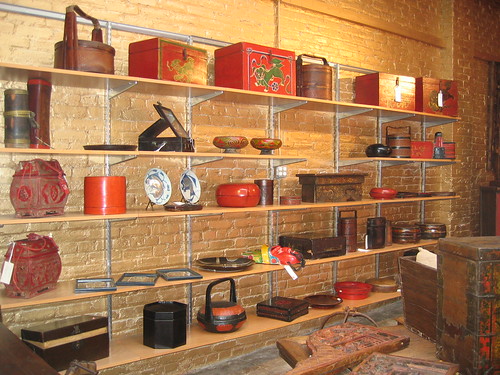 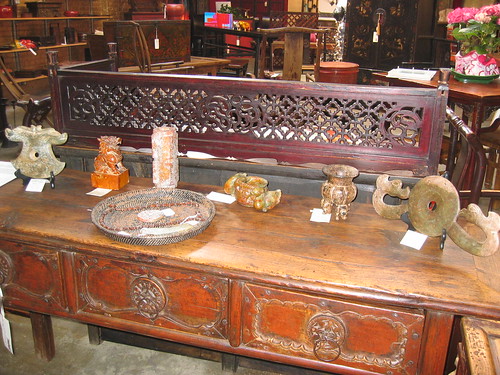