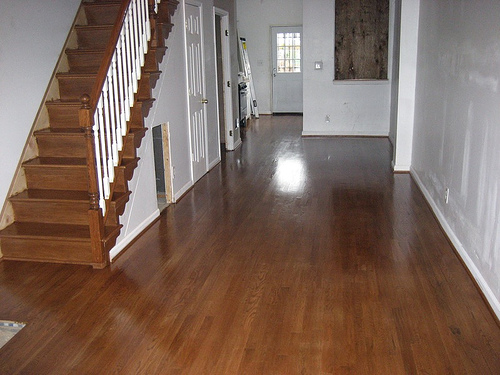 Thanks to Heather for sharing these great photos of her sparkling new floors. After the jump you’ll see the before photos and be amazed.

Here are some of the details as related by Heather: “The floors were done by Alpha Flooring, a family run business, running primarily out of Maryland, but they seem to be happy to work just about anywhere. Their main number is 301-428-9216.

When I bought it, the house had about 40% plywood, so unfortunately I had to purchase new wood for at least part of it. Under my budget, I had three other contractors tell me that I could only afford laminate, which seems like a crime to put in a 100 year old rowhouse. Not only was Alpha thousands of dollars cheaper, but they were the only people who said they could salvage the remainder of the first floor to patch the second floor, so the entire second floor is hundred-year-old Georgia Pine, refinished with a butterscotch stain. The first floor is new White Oak, finished in a medium brown stain, to match as best as possible with the second floor. It’s not a perfect match, but the satisfaction in salvaging the original wood as much as I could was worth it, and so far no one’s actually noticed unless I point it out. ”

Check out more photos after the jump. 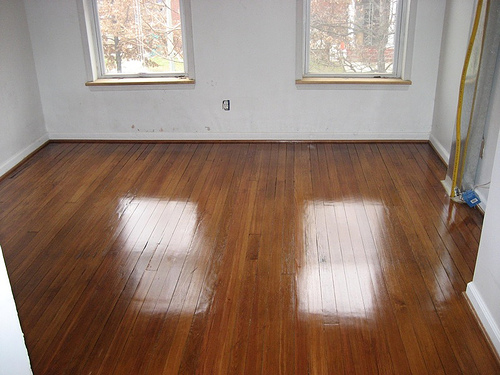 And the before photos: 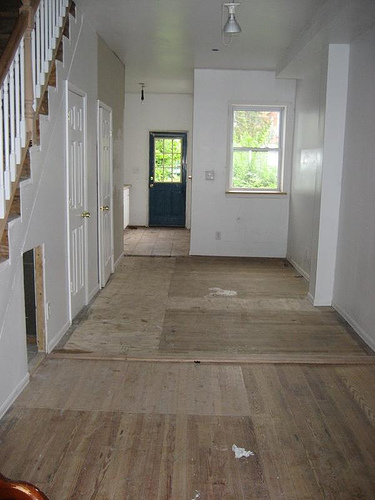 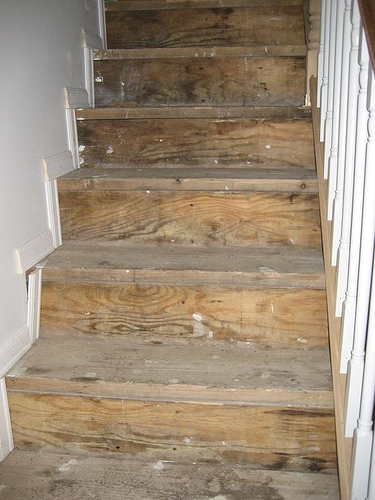