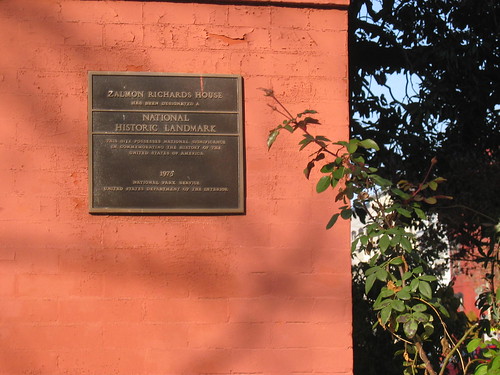 So I was all ready to write about what a tease this plaque was because it only said “This Site possesses national significance in commemorating the history of the United States of America.” But it doesn’t say what the national significance is. So as I’m closely examining the plaque the owner of the home walks out wondering, naturally, what the hell I am doing. So I ask him if he can explain the plaque to me. He happily told me that the first minister of education lived in this house from around the 1860s in the Grant Administration. I was grateful to learn this so I followed up with what I thought to be a natural question “But yeah, what was the guy’s name?” The owner calmly replies, “Zalmon Richards”. Ah that makes sense. And there is the confirmation that, I am indeed, a jackass.