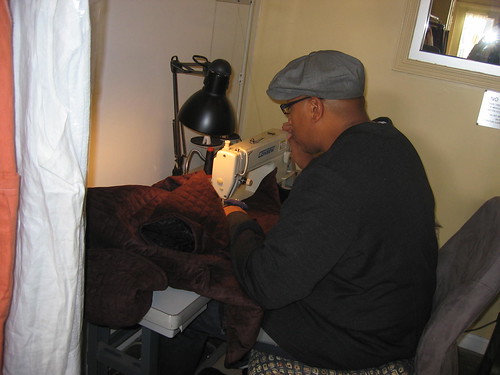 Pictured above is Shaka King, 43, the owner of Shaka King New York, located at 825 Upshur St., NW. Perhaps you are like me and have walked by this store dozens of times. It is well worth your while to stop in the next time you are walking by. This store is an anchor of Upshur St., and has been open for 7 years. Mr. King describes his clothing as “contemporary sportswear that has a metropolitan feel with a European edge.” His explained that what makes the clothing accessible is that “it has more of an American feel with a slight European aesthetic.” I asked Mr. King where he got his inspiration. He replied, “it comes from all over but it started with old black and white films and today I get the inspiration from the fabric itself.” Prices range from $75-$800.

Mr. King had been living in New York City for 25 years and had been doing a lot of trunk shows in DC and his customers kept asking him when he was going to open up a store? Lucky for us none of the 15 property owners King reached out to returned his calls. Fortunately a friend of his knew of this particular property on Upshur St. and the rest as they say is history. It is possible that a new fashion corridor may open up elsewhere in the city that is heavily recruiting Mr. King, nevertheless, he hopes to keep his Upshur St. Boutique open for years to come as it is his flagship store.

King told me that many of his customers try to keep his existence a secret so that they can be the only ones sporting the Shaka King style. Well the secret is out now… More photos after the jump. 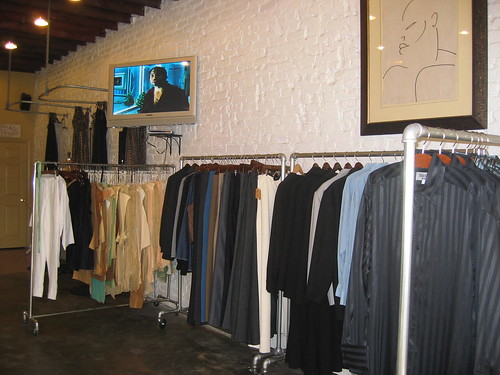 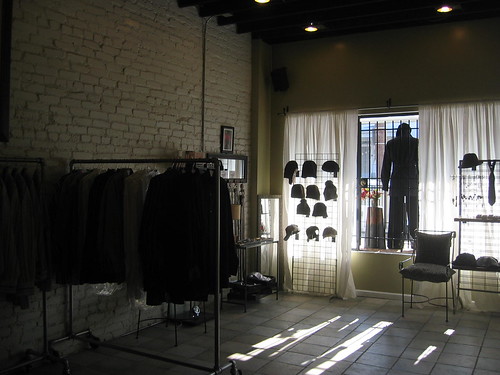