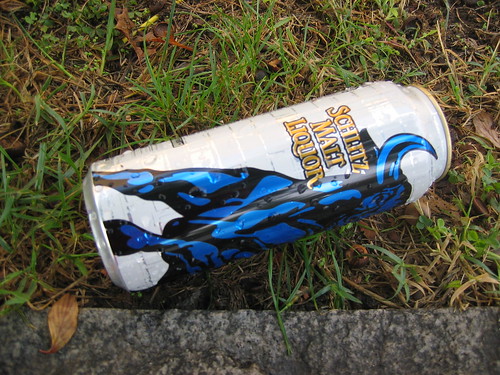 Alright, tell me if I’m crazy. So the single can ban has been in effect a few months now. I’m wondering if we’ll see more empty cans or less. To date I haven’t seen much difference but I think we may see even more litter as a result. Here is my reasoning, if people can’t by 40 ouncers then they’ll by cheap 12 oz can six packs, right? So that’s six cans vs. two bottles, roughly. That makes sense, no? So have you guys noticed any positive or negative effects as a result of the single can/bottle alcohol ban?  (Ed. note: despite my convoluted theory I still support the ban, for the record.)

More Stories
Anyone Been Here?Sneak Peek Inside New Condo Townhomes on the 800 Block of Upshur