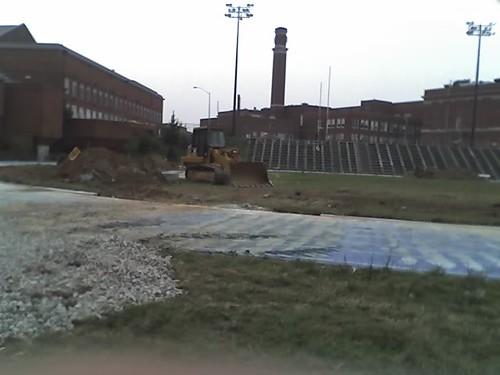 It seems as though there is some major renovation going on at the track of Theodore Roosevelt High on Upshur and 13th. I wonder if they are getting new turf or new turf and a new track as well? I often see people running around the track in the early morning and early evening. Has anyone used this track before? Is this a nice track to take a run? Personally, I have retired from running after doing the Army Ten Miler last year. It took me a ten days before I walk normally again, but I guess that is what you get for not training. But I still like to watch other people run.

More Stories
Question from a readerProper Rowhouse to Condo Conversion?