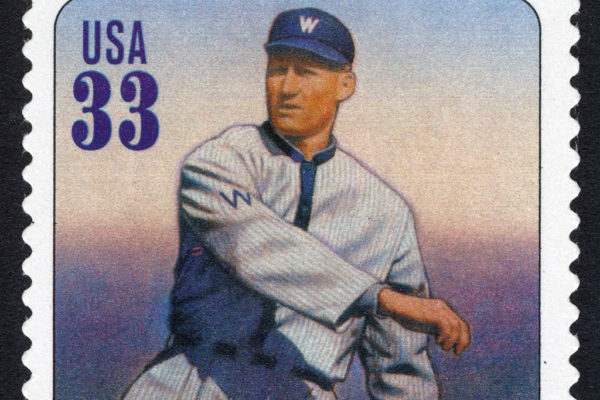 On Saturday April 6, from 10 a.m.-4 p.m. the National Postal Museum will host a fun-filled family festival to kick off the Major League Baseball season and the one year countdown until the opening of their exhibition “Baseball: America’s Home Run.”

All ages are welcome at this free program. In addition to an array of food vendors, visitors can enjoy the following activities:

Ever wonder how a baseball bat is made? Juan Baret, the founder and owner of Baret Bats, will perform live bat-making demonstrations throughout the day. Following his career in the U.S. Air Force, Baret taught himself how to make baseball bats and started his own company. Learn his amazing story as you watch his craft in action!

Before the Nationals became the Major League team of our Nation’s Capital in 2005, another baseball club with the same name played here from 1886-1889. William Hoy played for the Nationals from 1888-1889. As a deaf ballplayer, Hoy cleverly invented many of the non-verbal signs that are now a fundamental part of the game. An ASL-interpreted Story Time will explore Hoy’s incredible life and career.

Use your favorite team as inspiration when decorating a pop-out baseball stadium card at our crafts station. Mail your 3-D card to someone special or take it home as a keepsake!

Refuel on our outdoor terrace with a cold beverage and some creative baseball grub catered by Rasa, DC Central Kitchen and the Washington Nationals. Food offerings will include classic options like hotdogs and nachos as well as more modern ballpark cuisine like samosas and slow-roasted pork sandwiches. Enjoy lawn games and the arrival of spring while you snack!

more stories
Previous
“Were it not for my mildly passive aggressive comments I do believe we would be continuing to live in a dark age of piquant poultry.”