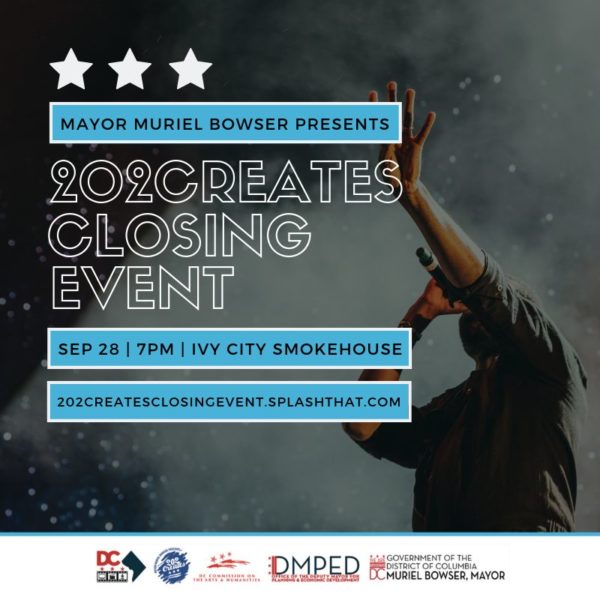 Calling All Creatives, Visionaries and Entrepreneurs!

The event, which is free and open to the public, will feature live performances by Ari Lennox and other amazing D.C. artists brought to you by Broccoli City. Additionally, there will be exhibits highlighting photography, vendors and other creative content made in the District.

As many know, D.C. has been coined as the “Capital of Creativity.” Mayor Muriel Bowser launched 202Creates in September of 2016 as a celebration of the District of Columbia’s Creative Community, Culture and Creative Economy. The month-long campaign has showcased the District’s entrepreneurial and creative community through an array of events that took place across all 8 wards.

Led by The D.C. Office of Cable Television, Film, Music & Entertainment (OCTFME), the D.C. Commission on Arts and Humanities (CAH) and the DC Office of  the Deputy Mayor for Planning and Economic Development (DMPED), the citywide effort celebrates the District’s multi-billion dollar creative economy and its diverse and vibrant creative community, which includes its culinary, cosmetology and fashion industries, as well as musicians, performing artists, filmmakers, tech entrepreneurs, visual artists and production support companies.

Help us celebrate the “Capital of Creativity” — D.C. and build your network!