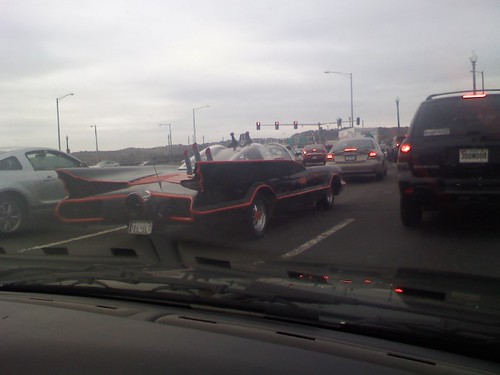 Has anyone else reported seeing what looks like the original batmobile around DC? I saw it earlier today (Friday) on the Sousa Bridge on Penn Ave. in SE. I wonder if it’s the original??? It has all the switches, bat gauges and everything inside. Even a parachute on the back….”

That is hilarious. I wonder if someone bought the original and now uses it to commute to work. Has anyone else seen it around town?